Marchy Bruni has so far not resigned as chair and a member of the Algoma Public Health board, as he was asked to do this afternoon by Dr. Eric Hoskins, Ontario's minister of health and long-term care. 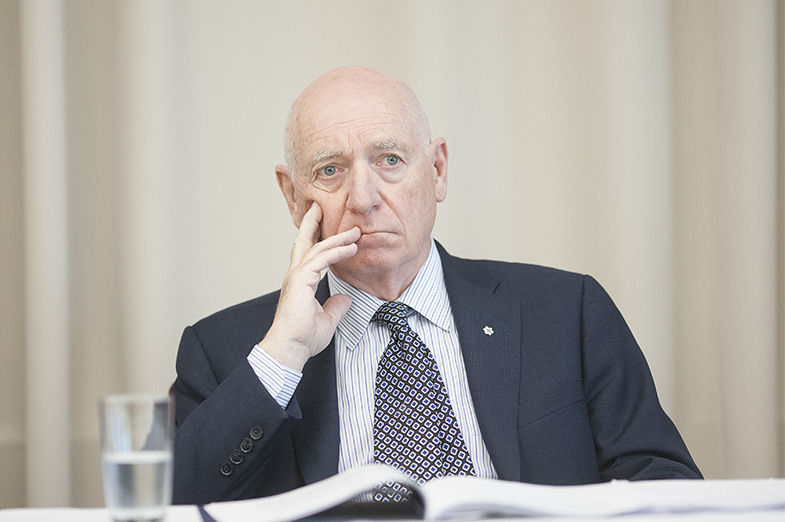 Marchy Bruni has so far not resigned as chair and a member of the Algoma Public Health board, as he was asked to do this afternoon by Dr. Eric Hoskins, Ontario's minister of health and long-term care.

"If that's what they request from the ministry, I have to consider [that]," Bruni told SooToday after a news conference at the Sault Ste. Marie Civic Centre by Hoskins and Graham Scott (shown), the former deputy minister of health who conducted a governance assessment of the APH board.

Scott's assessment concluded that the board failed to meet its legal obligations.

Hoskins demanded the resignations of all members appointed to the APH board prior to the 2014 municipal election. 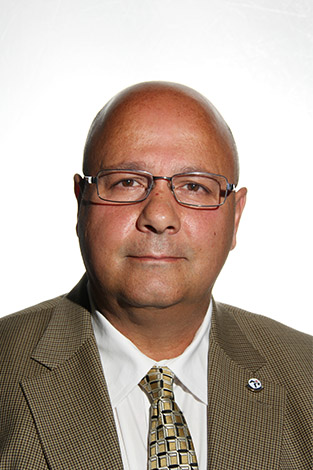 According to Sault MPP David Orazietti, the other members asked to resign are Wawa Mayor Ron Rody and two provincial representatives, Janet Blake and Debby Kirby.

Bruni (shown at left) says he wasn't advised by anyone from the provincial government about today's news conference and learned about it last night on SooToday.

He said he hasn't talked to the minister or been provided a copy of Scott's blistering assessment report.

He didn't attend today's news conference because of work commitments, he told SooToday.

"There was no loss of cash. There was nothing inappropriate or illegal. Mr. Rootenberg did, in fact, quite a credible job during the time he was there," Scott told SooToday.

But the question Saultites have been asking SooToday for months remains unanswered.

Was there an after-hours romantic relationship in the APH leadership ranks?

"I don't know. I can't answer that one," Graham Scott, told us after today's news conference.

Also uncertain is the status of the next APH board meeting.

With the health minister seeking resignations of both the health board’s chair and vice-chair, no one SooToday talked to today was able to say whether the regular monthly meeting scheduled for Wednesday night will take place.

Sault Mayor Christian Provenzano was planning to attend and address that meeting but wasn’t sure of its status.

(EDITOR’S NOTE: At 8:30 p.m. Monday, Algoma Public Health emailed a media advisory indicating that its board will meet at 6 p.m. Wednesday in the Prince Room on the third floor of its headquarters at 294 Willow Avenue in Sault Ste. Marie.)

The board of health largely functioned as a “rubber stamp, influenced by a tradition of relying on the leadership of the chair and medical officer of health,” he said.

This attitude was nothing new at APH, Scott said, arguing that the same approach was taken for years by previous Board Chair Guido Caputo, former Medical Officer of Health Dr. Northan and his business administrator Jeff Holmes.

The subsequent misuse of funds under Holmes’ oversight and the insistence of the Ministry of Health and Long-Term Care that they be repaid by APH, ought to have led to a wake-up call to the board, pointing out the need for effective board oversight, Scott said.

“Surprisingly, they did not.”

If APH board members appointed prior to last year’s municipal elections are unwilling to resign voluntarily, Scott said they should be removed by the province and municipalities.

He also suggested that future members of public health boards should be chosen for their expertise in fields such as strategic planning, health care, finance, communications and information systems.

Because of the increased demands of skill-based boards. municipal councillors might not be the best choices for future public health boards, he implied.

Scott offered two alternatives for cleaning up the situation at Algoma Public Health.

The other was to reorganize the APH board.

However, after discussions with Sault MPP David Orazietti, Minister Hoskins opted to start by trying to heal APH.

The ministry will hire a governance consultant to ensure that new board members have the needed skills to ensure appropriate governance and accountability.

“The option to merge the District of Algoma Health Unit with the Sudbury and District Health Unit will be considered more broadly in the context of the minister of health and long-term care’s mandate to conduct a review focusing on improving patient outcomes and value for money of all public health units,” said a briefing document distributed today.

- with files from SooToday's Michael Purvis

How on earth did this man end up overseeing Algoma Public Health’s cash?

(PHOTO: Graham Scott looks on as Health Minister Eric Hoskins (not shown) speaks about the probe into Algoma Public Healths board Tuesday at the Civic Centre. Kenneth Armstrong/SooToday)