Why David O. thinks the Tories are toinks 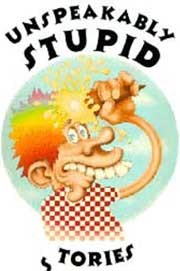 Sault Ste. Marie - On Tuesday December 13, in the Provincial legislature, John Tory and the Conservative caucus, including their Northern Affairs Critic, voted against Bill 214 thus opposing the McGuinty plan to stand up for the North and protect the current 11 ridings.

"We are standing up for Northern Ontario and ensuring that the people of the north have greater access to effective representation at Queen’s Park by maintaining the existing riding boundaries," said MPP David Orazietti. "We have followed through on our commitment by implementing Bill 214, but are not surprised by the Conservative position to cut northern ridings given their disastrous record in Northern Ontario."

The Tory attempt to undermine northern representation is just one of many in a long list of attacks on Northern Ontario:

· the Harris-Eves government cut Northern health care: they closed hospitals, fired nurses and did little to locate more doctors in the North

· they closed 25 of the North's schools

"It is clear that the Tories have very little interest in standing up for northern communities. The people of Northern Ontario deserve a government that is fully committed to protecting their interests and making the investments needed to bring more job opportunities and better public services to our region," said Orazietti.