This week in Wine all the Time, Vin shares the scoop on Beaujolais Nouveau and other fine vintages to look for from newly released 2018 stock
0
Nov 17, 2018 1:39 PM By: Vin Greco 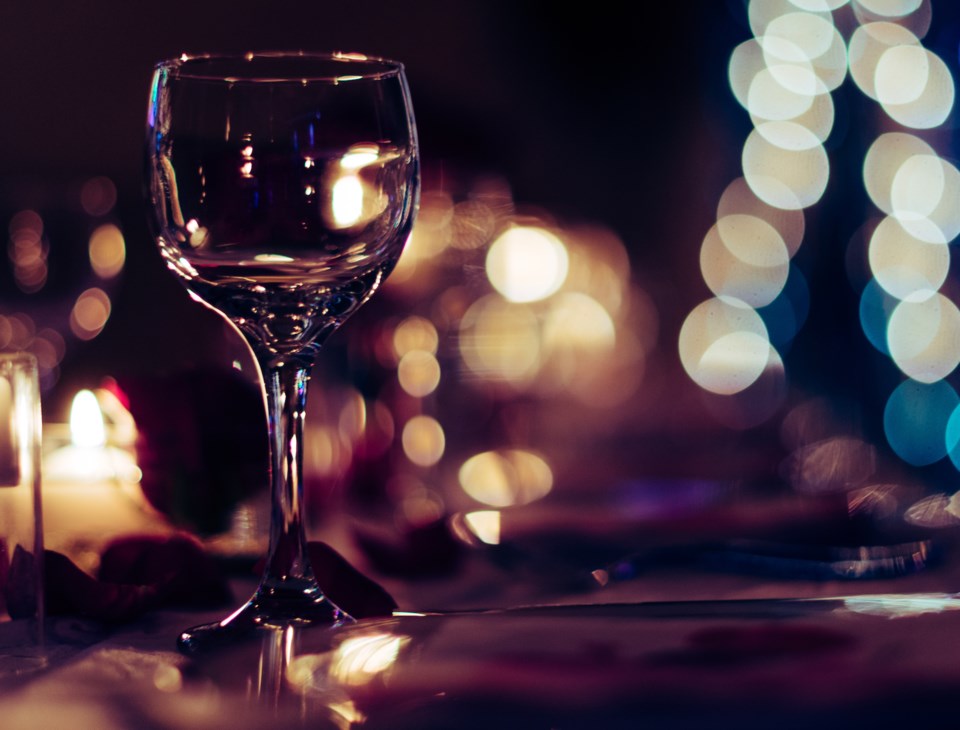 What’s new? Well, at this time of year, it’s Beaujolais –Beaujolais Nouveau,  that is… and not just Beaujolais, but other new wines that are the first releases of the 2018 vintage, including Novellos from Italy.

It has long been a harvest tradition to celebrate the new wine, once fermentation is complete, even though the ‘finished product’ may be far from finished – but “It’s Wine!”

The Beaujolais phenomena took off in the second half of the last century, when races were held to get the first of the new wine to Paris. In the 1970’s the “King of Beaujolais”, Georges Duboeuf, a superb marketer, helped to kick-start festivities.

Since 1985, the official release date has been set as the third Thursday in November. Previously it had been November 15, and so 2018 is one of those years when the two actually coincide.

In the past, there was plenty of hoopla associated with the release: today, not so much. I remember attending a celebration at the Royal York in Toronto, put on by Sopexa, an agency dedicated to food, drink and lifestyle, when the party began on Wednesday evening, climaxing with the countdown to midnight and the greatly anticipated opening of the first wines of the new harvest.

Today, things have quieted down considerably, but there are still those that like the idea of celebrating the “first fruits” of the new harvest. In our stores, as of this Thursday past, Beaujolais Nouveau, as well as ‘new wines’ from other regions of France, from Italy, and even from Niagara are available for purchase.

Here are wines that are being released basically about 6 weeks after the grapes were picked – so what is it that distinguishes them? Totally ‘un-aged’, they will be fresh, light, and grapey. One of the wine-making techniques usually employed for these early-released infants is Carbonic Maceration.

According to an article by Fred Swan dated 2016, in this process alcohol is created without yeast, as intercellular fermentation takes place in whole, uncrushed grapes. Some of the wine characteristics associated with this process include bright fruit, bubble-gum and banana flavours– not typical words we tend to associate with wine. Basically, the wines are fresh and grapey!

If you’ve ever made homemade wine and tasted it right after fermentation was complete, you would have a sense of how these new wines will taste. 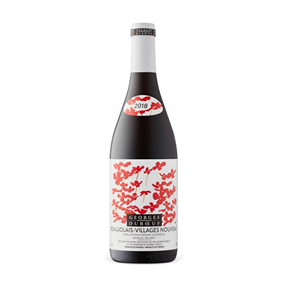 Niagara’s Reif (Joseph Drouhin Beaujolais Villages)
The wines tend to be lower in alcohol, and yeast fermentation may be discouraged by covering the fermenting grapes with a blanket of carbon dioxide. The wines now available at the LCBO range from 11.5% (Niagara’s Reif, The Fool) to 12.5 % - (Joseph Drouhin Beaujolais Villages).

While the French and Canadian examples are all made from the Gamay grape, the two Italians are made from Tereldego for the Mezzacorona from Trentino in the north and probably Corvina for the Negrar del Veneto near Venice. Both these latter two retail for $10.95.

I have only tried the Mezzacorona, and found it quite light, and neutral. Not a whole lot to recommend it.

Of the Beaujolais, I found the Bouchard Père & Fils at $13.95 actually had much more going for it. This wine has some depth and texture, even the slightest tannic burr on the finish. Nouveau wines are not intended for aging, but this wine would still be quite palatable in a year or two

As expected, the wines are not expensive, though we do have to factor in a plane trip for them, given that there would barely be enough time to finish them, let alone get them across the ocean by boat. Prices for the 9 different new wines I found range from $10.95 to $17.95.

Simply put, if you want to have a party and share in the experience, go for it! If not, there are lots of good, traditionally made wines available for the same amount of money, or less. 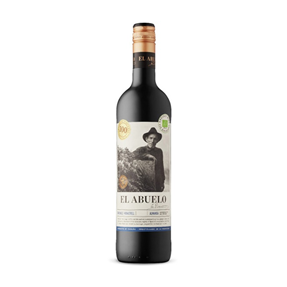 As for what else is new, there is a new lot of Limited Time Offers with $1 to $4 off at the LCBO until December 2. Many of these seem to cycle through and show up on every second or third period. We can become a bit bored, but then we can also find an occasional wine that we would not think to try otherwise – or we may find one of our favourites back again at a good price. What’s not to like. 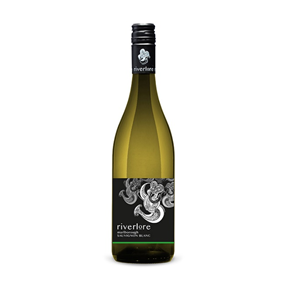 Cono Sur Bicicleta Viognier from Chile, $1.50 off at $9.95, is one of those wines which regularly re-appears on the LTO’s. There is fine value here, with good complexity, peach/apricot fruit notes, and a crisp finish. It earned a respectable ‘Silver’ at the International Wine & Spirits Competition.

From California, we have the Wente Morning Fog Chardonnay $3 off at $16.95 It gets consistent good reviews which reference a medium-plus body, a tinge of vanilla oak, and decent fruit which may remind you of melon, apple or possibly tropical fruit.

A white that is not currently an LTO is Chile’s Emiliana Novas Gran Reserva Sauvignon Blanc, $15.90. It would provide an interesting comparison to the Riverlore, above. It is balanced and rounded, with the flavours more reined in, but showing new-mown hay, some herbal overtones, and a grapefruit pith note on the end. It was commended in a recent tasting by Britain’s Decanter magazine.

Borsao Tinto Garnacha is a mid-weight Spanish red which will appeal to those who prefer fruit-forward wines. Cherry liqueur and raspberry inter-play with earthy and herbal notes. Robert Parker Jr. once suggested that this could be the best value red in the world. I wouldn’t go that far, but at $9.95 ($2 off), it’s a good deal.

Argentina’s Pascal Toso Limited Edition Malbec, normally $17.20, is now available for $15.20. It is consistently recommended for its ripe fruit – cherry, raspberry, black currant – along with earthy or smoky notes. The tannins are smooth, and the value is obvious.

For Ripasso lovers, the Masi Campofiorin, regularly $22, is now $18.50. From Italy’s Veneto, of course, this, apparently, is the wine that started the whole ‘ripasso’ phenomenon. Expect deep flavours of sweet and tart cherry, spice notes and licorice.

Our final “What’s New?” category is the November 24 Vintages Release. As the Holiday Season draws near, the bargains diminish, as the LCBO appeals to our generosity of spirit, encouraging us to loosen the purse strings, either for ourselves or for those we want to treat to something good.

Portugal’s Quinta de Cabriz Colheita Selecionada 2014 was #46 on the Wine Spectator’s Best Values in 2016. The 2015, at $13.95 should be a sure bet on November 24. Expect an impressively smooth and well-knit red with subtle red-fruit notes and a brush of tannin. Vintages recommends serving it with roast pork. Good idea.

#10 on the Wine Enthusiast’s “Best Buy” list for 2018 is actually on our regular shelves. Santa Julia Reserva Malbec 2017, $13.95 has a “clean opening” with “juicy dark plum and  blackberry flavors”. They called it ‘linear’, and I actually found it a bit simple until it had a chance to breathe; however, I was immediately taken by the Norton D.O.C. Malbec 2015, $15.95 on the upcoming release, with its lovely fruity aromas and terrific, balanced structure. The entry is smooth as silk, the flavours ample and long. It is top notch, and the Wine Spectator gave it a score of 92. The Santa Julia is a good wine, but for just $2 more, my preference is the Norton D.O.C.

Chateau Hyot 2014, $16.95 from the Castillon in Bordeaux is described by the Wine Enthusiast as “a ripe fruity wine with its black-currant fruit and balanced sweet tannins.” Buy now, but wait a little, as it will be “delicious to drink from 2019” – 91. 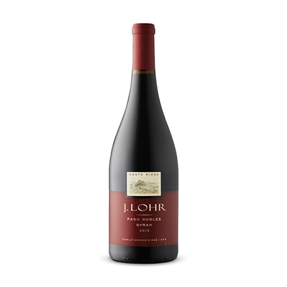 Scottish tradition comes alive during annual Robert Burns dinner (8 photos)
Jan 25, 2020 10:03 PM
Comments
We welcome your feedback and encourage you to share your thoughts on this story. We ask that you be respectful of others and their points of view, refrain from personal attacks and stay on topic. To learn about our commenting policies and how we moderate, please read our Community Guidelines.