If not for lake-effect snow in the Sault, Toronto would have had a snowier start to winter than folks in Northern Ontario
Nov 20, 2020 9:30 AM By: Jerry Shields 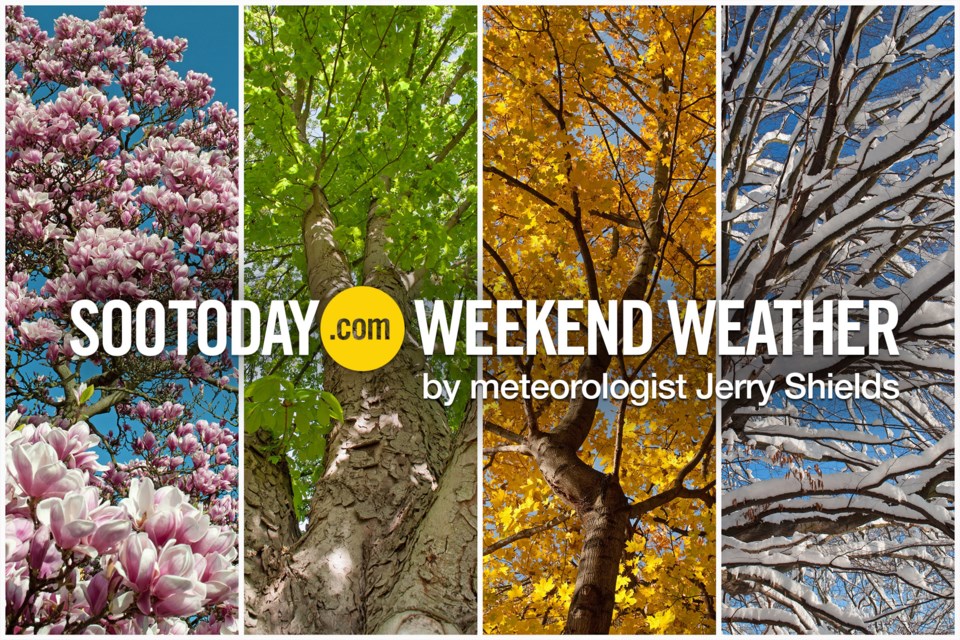 The Sault region is making its way through a typical November with eight days of snow so far in a month that usually counts eleven days of the white stuff. On the other hand, Southern Ontario folks are suffering from the bizarreness of 2020 as they've already counted six days of snow – three more than what they usually get. Southern Ontario will see more snow this weekend (and the Sault will miss most of it), and if not for lake-effect snow in the Sault, Toronto would have had a snowier start to winter than folks in Northern Ontario.

Friday will be cloudy, with daytime highs only reaching 6°C. A northwest wind arrives to draw in colder air for the weekend. There is the risk of an isolated shower or wet snow later this afternoon and early this evening.

Saturday brings mostly cloudy skies and temperatures close to the freezing mark. A little sun and slightly warmer air move in for Sunday. A chance of light snow arrives in the late afternoon and evening.

Next week will bring seasonal temperatures, and the only significant risk for rain mixed with snow will be late Tuesday into Wednesday morning.