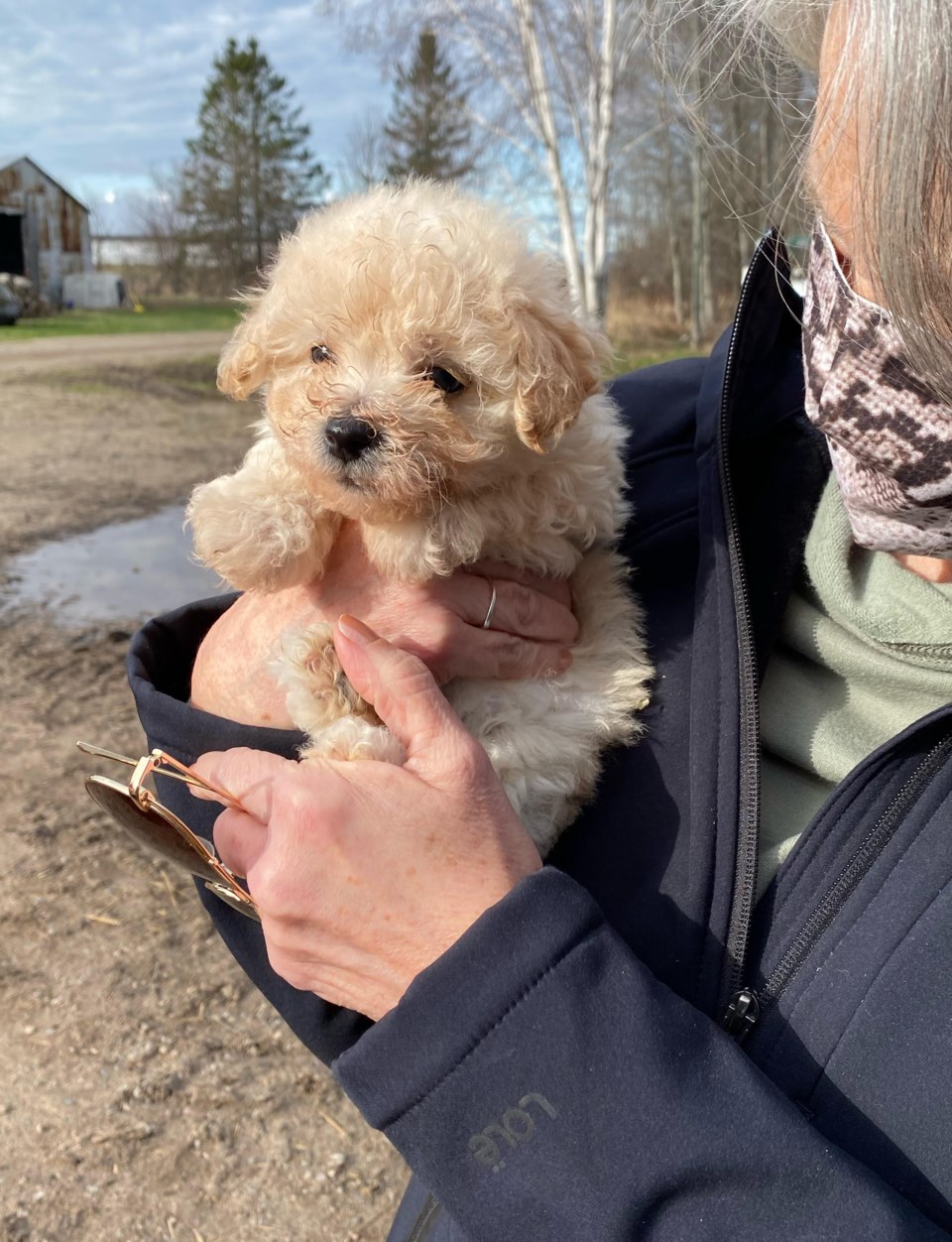 Tiina Niemi and her family have been wanting to add a furry friend to their home for years, but after being on a waiting list and finally getting their hypoallergenic Havapoo puppy, Ella, they were shocked to find out that there were no available vets in the area to vaccinate her.

“I started calling around because when a puppy first comes home there’s certain vaccines and deworming that needs to be done. I called different veterinary clinics and each one of them told me that they were not taking in any new clients,” Niemi said. “I called every vet from here to Wawa and from here to Echo Bay, and no one would touch my dog. Every single one I called had the same answer.”

Niemi says the reason the clinics wouldn’t accept her dog was because of the influx of pets due to the border closure and clients not being able to take their pets to Michigan, like they would prior to COVID-19.

“The only options we have now would be to call bigger cities, but obviously we can’t do that since we’re in an indefinite lockdown,” Niemi, who works as a personal support worker, said. “We’d like to keep her (Ella) alive.”

With people staying at home more often, now seems like a great time to get a new pet, but Niemi is worried about the number of dogs that are now walking around unvaccinated and unlicensed around children.

“We have three small children, and every time they see a dog in the park they want to pet it,” she said. “We live in Sault Ste. Marie, and wild animals come into our yard all the time. So if there’s wild animals around our pets, that could result in a rabies outbreak.”

“It makes me feel scared because puppies eat everything they see on the ground. My aunt’s new puppy got sick from eating something and they had to go to the vet and get medicine,” she said. “Thankfully they already had a vet, but what if my puppy eats something she shouldn’t have and something happens to her?”

Dr. Gary Palmer, who’s been a veterinarian at Sault Ste. Marie Animal clinic for almost 30 years, says that the shortage of vet care comes from a combination of COVID-19 and a shortage of vets in the area in general.

“Most of the practices in the area are functioning at capacity. Our practice has been essentially full with the onset of COVID-19 last March and it’s put some restrictions in place limiting the number of patients we’re able to see during the day,” he said. “The emergency work that we’re doing is much more demanding than what it has been previously. There are a number of people that would have gone to Michigan previously but can’t get across the border now. The bottom line is that every practice is functioning at their capacity right now.”

When asked if there are any plans in place to fix the issue, Palmer said that it’s not something anyone has much control over.

“It’s not really something that we have the capability of fixing. It’s the matter of being able to hopefully have more veterinarians willing to come to the area. There’s far more demand out there for veterinarians than supply,” he said. “I think everybody’s trying to do the best that they can and help as many people out as possible.”

Cheryl Alberta, president of The Animal Assistance Group (TAAG), has started an online petition to help bring attention to this veterinarian crisis. 689 people have signed the petition so far, with the goal being 1,000 signatures.

“We are the voice for the animals, who can’t speak for themselves,” she wrote.