'We worry how we will go on': Local family devastated by changes to autism program 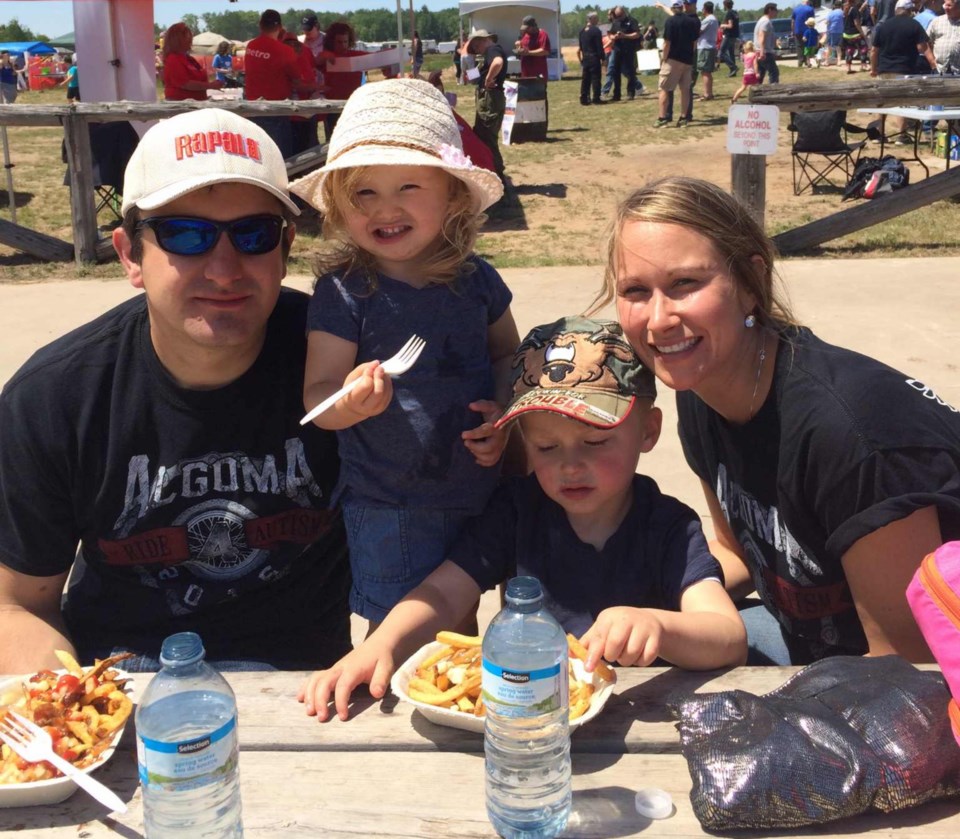 Clint Baic in openly wondering how Tucker — his six-year-old son who lives with moderate to severe autism — will be able to continue receiving his intensive behavioural intervention (IBI) following Ontario’s changes to its autism program.

Tucker began the treatment in September 2016 after Baic funded his son’s diagnosis out of pocket — a move that got Tucker off of a diagnosis waitlist and into the Ontario autism program.

“It’s been a wonderful experience where we’ve seen gains,” said Baic, speaking to SooToday about Tucker’s IBI treatment. “This little boy is still making gains, and he is still receiving 15 hours of treatment a week, but under this new funding model, we will lose pretty much everything.”

The changes announced Wednesday include giving funding to families directly instead of regional service providers - dependent on age - with up to $140,000 for a child in treatment from the age of two to 18.

Baic says the moves announced by the Ontario government do not address the wide and diverse range of needs for children living with autism.

“Each child needs an individualized treatment plan to succeed - not saying, ‘here’s $5,000 for the year, make it work.' That doesn’t work,” said Baic. “It’s severely underfunded, and it’s a broken model.”

Applied behaviour analysis (ABA), which Baic calls vital for people living with autism, can cost anywhere from $50,000 to $70,000 a year.

“There is no evidence to suggest ABA therapy stops working at any point in time — it’s beneficial no matter what,” he said. “It’s life-changing treatment to help children...go to the toilet, learning to communicate basic life skills like tying shoes, feeding yourself. Basic. Life. Skills.”

“Without that treatment, it would be devastating, devastating for the child, the family — even the community,” Baic continued. “These children with autism grow up to be adults with autism, so as parents age and are unable to give care, what happens?”

Meanwhile, Sault Ste. Marie MPP Ross Romano says the Ontario government is doing what is necessary to clear a waitlist of more than 23,000 in 18 months.

He says there’s approximately 32,000 people who are a part of Ontario’s autism program, with two major waitlists to get into the program.

The first one — a waiting list for diagnosis — is roughly 2,400 people long.

“That wait list goes approximately 31 weeks, so just about eight months just to get diagnosed,” Romano told SooToday. “Once you get diagnosed, then you end up on another waitlist, and currently that wait list is 23,000 people long.”

Romano says that particular waitlist is sitting at about 17 months, with some people waiting over two years in order to get services from the province’s autism program.

“We’ve got 32,000 people in the program, 23,000 on a waitlist - 8,400 are actually getting care,” he said. “So approximately one in four families are actually receiving care today, and funding for their children with autism.”

“That’s just not good enough — we need to do better than that, we need to make sure that all families are receiving a diagnosis at an early age,” he continued. “Studies clearly prove that early intervention is the best option. If we can diagnose a child between the ages of two and five, it’s proven that we can help them a lot more in terms of development, speech, education and quality of life.”

Baic agrees that clearing the waiting list should be priority number one.

But what happens once that backlog is cleared?

“Even for people coming off the waitlist... there’s going to be no real funding, or no real service available that’s going to mean anything meaningful,” said Baic. “Essentially, it’s a waste of $300 million the government’s allocated for autism funding.”

“They should focus on equity, not equality, so basically every child gets what they need — not just a blanket policy across the board.”

Baic says the newly-announced funding model will be devastating for families that he’s spoken with locally.

“They just don’t know what to do now,” he said. “Potentially they’re going to have to try to fund treatment on their own.”

Baic will be meeting with other families impacted by the changes during a community autism discussion Monday night.

Good morning, Sault Ste. Marie!
Jul 9, 2020 6:00 AM
Comments
We welcome your feedback and encourage you to share your thoughts. We ask that you be respectful of others and their points of view, refrain from personal attacks and stay on topic. To learn about our commenting policies and how we moderate, please read our Community Guidelines.