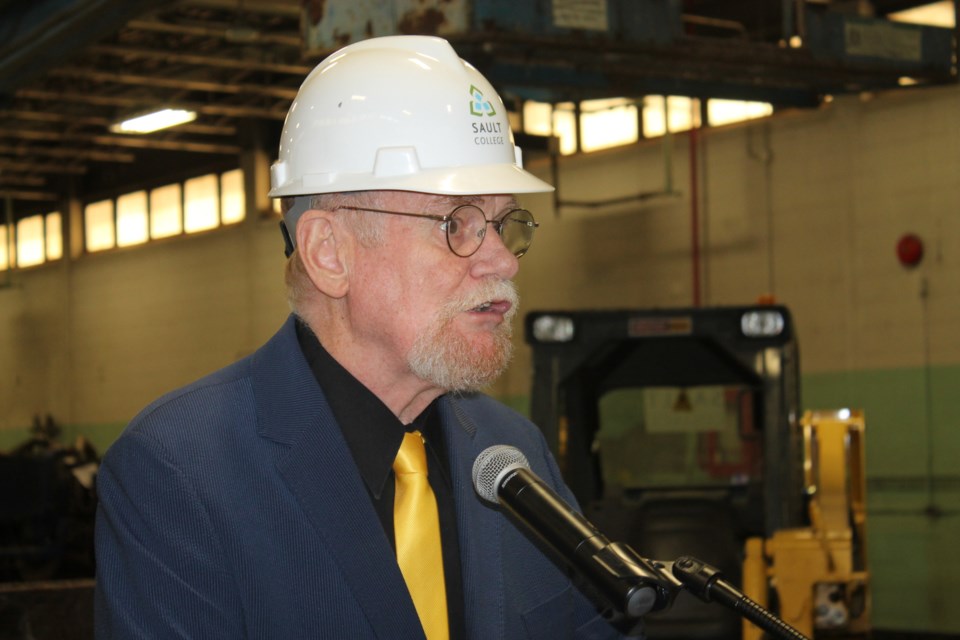 Sault College brass are describing it as 'a dream come true' for its skilled trades programs.

Thanks to $2.3 million in provincial government funding announced at the college Friday by Sault Ste. Marie MPP David Orazietti, the school's apprentice programs will benefit from a redesigned, renovated and expanded Motive Power lab and new, state-of-the-art equipment and tools for its Motor Power Division.

"We will (also) have increased capacity to take in additional apprentices . . . we will be able to accommodate more apprentices through a reconfiguration of the classrooms," said Colin Kirkwood, Sault College vice president, academic, speaking to SooToday at Friday's funding announcement.

An elevator will also be installed to accommodate students with accessibility issues in order to get them to skilled trades classroom space on the college's second floor.

With the 2015-2016 academic year finished, existing classroom equipment has been stored away elsewhere at the college and renovation work is already underway

Kirkwood said he anticipates the bulk of the work to be done over the summer, not posing an obstacle to skilled trades instruction when the new academic year begins in the fall.

"The students will have such a different work space than what they had in the past because this facility was built in the late 1960s or early 70s and it really hasn't had an upgrade since then," Kirkwood said.

"What we're going to do with the renovation is simulate the workplace, so when the students come into our programs they'll actually be working in a facility that's very much like the workplaces they'll end up in."

The funding announced by Orazietti is drawn from $23 million announced in the 2015 provincial budget, to be spent over two years, on 47 new projects involving new equipment, technologies and facilities at colleges and other training facilities.

"We'll have more news about that in the coming weeks because there are other investments (funding announcements) that will follow to build on this and help Sault College," Orazietti said.