Bike patrols and auxiliary officers will be used to beef up police presence downtown
0
Jun 18, 2018 8:00 AM By: David Helwig 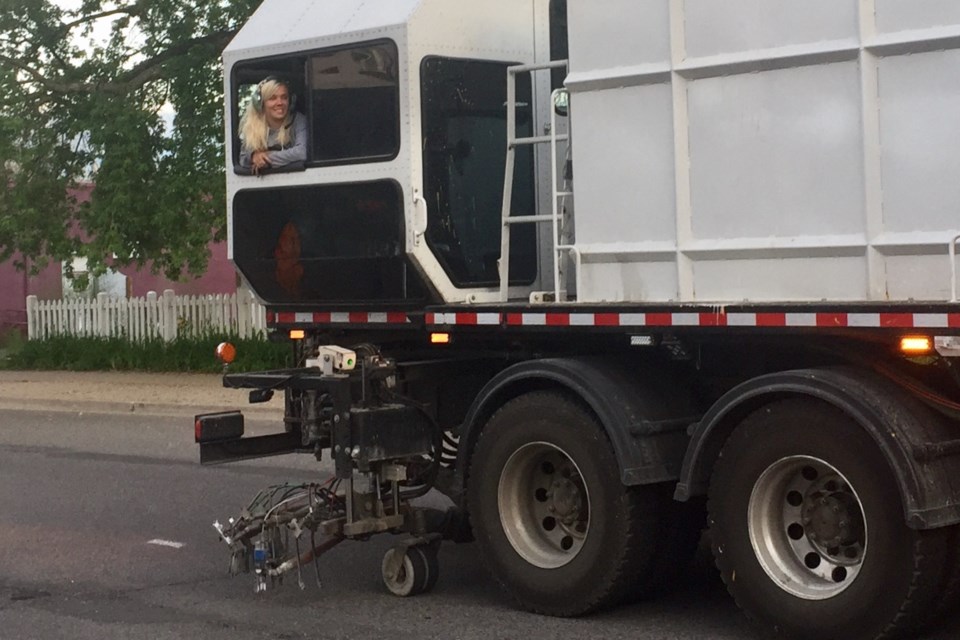 Line painting on Queen St. downtown on June 12, 2018. David Helwig/SooToday
If you enjoy sneaking a cool tipple on the boardwalk on nice summer days, be warned.

City Police are preparing to hunt you down.

"That's no surprise. The weather got nicer and people party outside," Sgt. Gioia told a meeting of the Downtown Association board last week.

"It's unsightly. It's that perception of fear. People tend to stay away from that for the most part."

Gioia announced that City Police are also planning to beef up police visibility along the boardwalk and throughout the downtown core this summer.

Downtown merchants have been complaining loudly in recent months about the lack of police presence downtown and Gioia said their message has been heard.

"I agree 100 per cent with you and so do senior management. We do have a plan this summer to increase visibility."

Bike patrol officers and auxiliary officers will be deployed on the boardwalk and throughout the core area, he told the Downtown Association.

At the group's May meeting a month earlier, Gioia acknowledged a rash of thefts from motor vehicles and sheds throughout the city.

There had also been a series of thefts from offices but the two individuals believed responsible have either been arrested or have left town, he said.

"Did you find my laptop from the Chamber of Commerce?" asked Rory Ring, chief executive officer of the chamber.

"No, they're looking for my wife's painting that they stole from the Arts Council," replied Sgt. Gioia.

Downtown, social disorder complaints like public consumption of alcohol are a bigger issue, particularly near the tailrace of the Francis H. Clergue Generating Station, he said.

Gioia argued last month that downtown crime is more an issue of perception than reality.

That statement was greeted with incredulity from Downtown Association board members.

"Apart from the perception, there's a genuine feeling amongst the community, whether it's downtown or elsewhere, that we seem to lack a police presence that would act as a general deterrent, or at least give us the feeling that we're being protected," lawyer Joe Bisceglia told Gioia.

"A lot of merchants on Queen Street can't keep their back doors open because of shoplifters," Bisceglia said. "They've got alarm systems. They have to have two people in the store so they can watch both doors at the same time. That's not just perception. That's reality."

Bisceglia also talked about drug needles in the parking lots behind Queen Street.

"You know what's fueling this," Gioia replied. "It's the drug culture. I've been on the road for 29 years and I've never seen it this bad."

"Like anything else, it depends on resources. We're like everybody else. We're stuck for resources also sometimes," the sergeant said. "Mental health and addictions, we're run ragged with those."

Good morning, Sault Ste. Marie!
Feb 25, 2020 6:00 AM
Comments
We welcome your feedback and encourage you to share your thoughts on this story. We ask that you be respectful of others and their points of view, refrain from personal attacks and stay on topic. To learn about our commenting policies and how we moderate, please read our Community Guidelines.