Upcoming NerdCon will be a two-day event, include horror movies and celebs 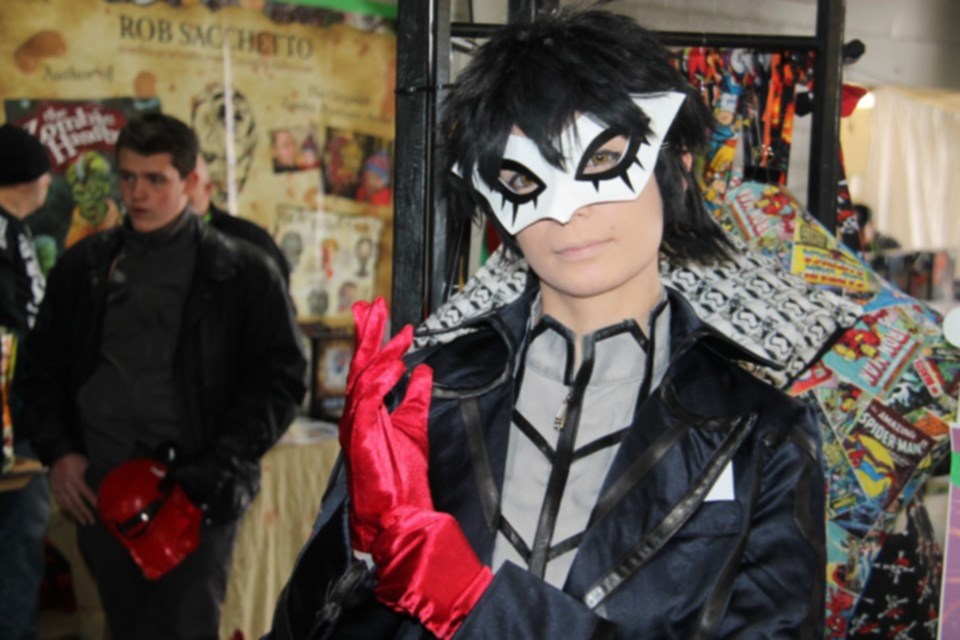 One of a thousand people who attended the inaugural Steel City NerdCon, Sept. 29, 2018. Darren Taylor/SooToday

“At the end we had well over a thousand people attend (last year), which was really good because we had pre-sold only 400 tickets, but the day of the event we sold over 700 tickets at the door, which was kind of cool,” Turcotte told SooToday Monday.

With that type of motivation, Turcotte said “we’ve ramped it up this year. We want it to be a great community event.”

For a start, Steel City NerdCon & Nostalgia 2019 will have the Canadian Bushplane Heritage Centre’s events area as a new, indoor venue.

“I wanted to bring some celebrities to the Sault because I thought that would be a cool added feature.”

Only 69 tickets were printed for ‘An Evening of Horror,’ Turcotte said, with about 30 left and going fast.

“Doors open at six, and there’ll be a meet and greet with film director Doug Ewen from London and Rob Sachetto from Sudbury, who’s done art exclusively for ‘Evening of Horror.’

“We’re going to be viewing one of Doug Ewen’s films...this will be the first time it’s been screened in the Sault. After that we’ll be viewing Terrifier, and we have the main actor, David Howard Thornton, who plays Art The Clown in the movie,” Turcotte said.

“We’re trying to cap it at 50 vendors. We’re sitting at 42 vendors plus three food vendors, a face painter...it’s pretty safe to say we’ll be at over 50 vendors.”

Free coffee and Timbits, enough for 1,000 people, will be provided at the Bushplane Museum by the owners of the Tim Hortons location at the corner of Trunk Road and Boundary Road, Turcotte added.

Ewen, Sacchetto, David Howard Thornton and Terrifier director Damien Leone will be in attendance at the sale to sign autographs.

The event will also include a costume contest with seven prizes available (including ‘NerdCon cash’ which can be spent at NerdCon vendor tables, as well as other prizes), a free-registration video game tournament and a Magic: The Gathering card tournament (tickets available only at Games Nook, which is hosting the tournament).

Tickets for Steel City NerdCon & Nostalgia 2019 may be purchased online or in person at Vintage Games 'n Junque on Queen Street East.

Jet skier rescued off Drummond Island (Video)
Aug 3, 2020 1:12 PM
Comments
We welcome your feedback and encourage you to share your thoughts. We ask that you be respectful of others and their points of view, refrain from personal attacks and stay on topic. To learn about our commenting policies and how we moderate, please read our Community Guidelines.