Fire department moving to a shore-based rescue role
Apr 6, 2016 11:42 AM By: Kenneth Armstrong 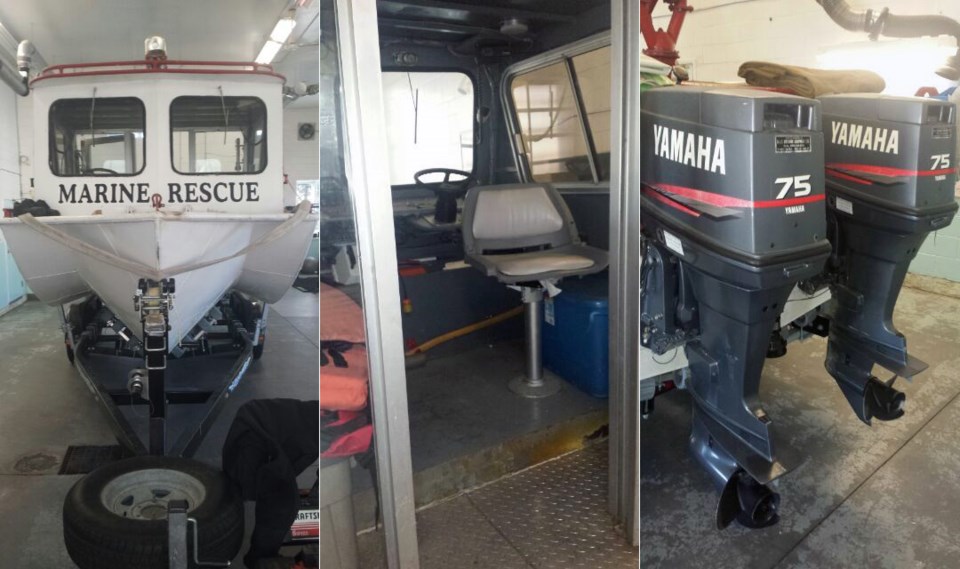 Photos of the Buster B courtesy Vernon Bailey Auctions

The city has listed one of its two fire service boats for auction, after the fire chief told city council the vessel is unfit and should not be put in the water.

The ‘Buster B’, a 20-foot twin-rotor tri-hull vessel is among items listed with Vernon Bailey’s Auctions for an April 23 sale.

Fire Chief Mike Figliola informed council of his intention to scrap the vessel during a city budget meeting in March.

At the time, Figliola said the vessel had been used four times in the last two years, but suggested the fire service should not be in the business of water rescue, despite the southernmost city limit bordering the St. Mary’s River.

"We believe we should no longer be, other than an assistive [shore-based] role, a marine agency,” said Figliola during the March meeting.

The Sault Ste. Marie Professional Fire Fighters Association (SSMPFFA) told SooToday at the time it believed the Buster B recently underwent a complete overhaul on its ballasts and received two new motors.

Reached today, a representative from the SSMPFFA said selling the vessel will result in a change of the level of service provided by the fire service, something they say the chief promised would not happen.

Figliola contended the vessel was not seaworthy or safe to operate.

"I determined that it was unfit because of the safety of the propellers," the fire chief said. "It should never have been in the water, set up the way it's set up."

The auction listing reads as follows:

Vernon Bailey told SooToday by phone today that the city did not inform him of the vessel’s apparent lack of seaworthiness, but noted all auction items are sold ‘as-is, where-is’.