City Council learned last night there's a strong will to revive Queen Street trolley service
May 30, 2017 8:00 AM By: David Helwig 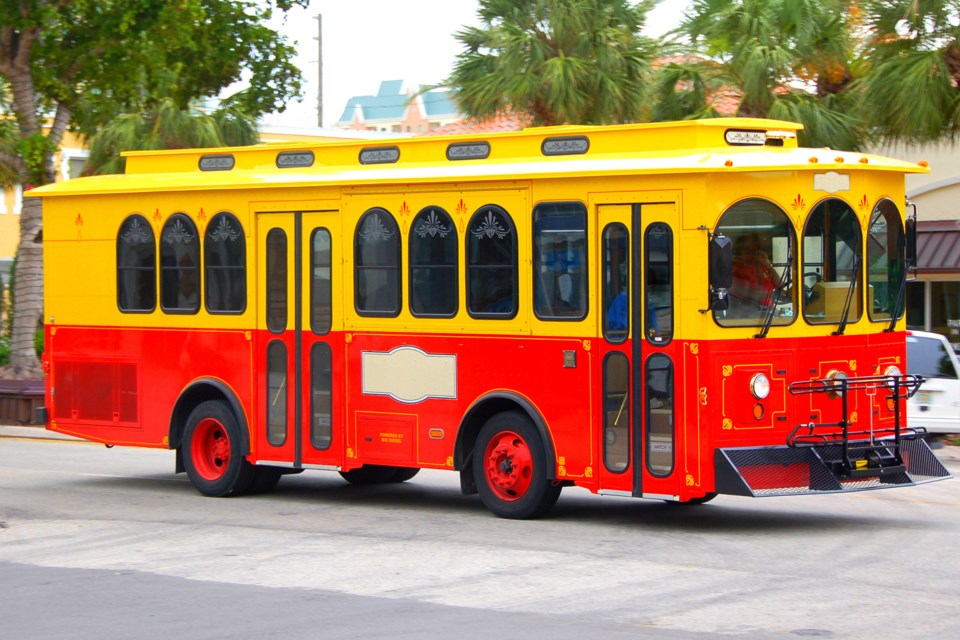 No decision has been made on what kind of street trolley to run in downtown Sault Ste. Marie. This stock image shows a tram powered by biodiesel

It's been 75 years since the old streetcar barn on Huron Street caught fire, bringing to an end more than four decades of tram service in downtown Sault Ste. Marie.

But City Council learned last night that there's a strong will to revive the Queen Street trolley.

The idea, proposed last year in a downtown strategy approved by the city, has now been endorsed by the Downtown Association.

"We will be willing to partner in whatever way our members see fit. Ultimately, we're accountable to our members," Hayes said.

"What do you envision?" Ward 1 Councillor Steve Butland asked Hayes. "We're not going back to streetcar days, but I hope it's not just a city bus going back and forth."

"What the end result will be, it's probably premature to say right now," Hayes replied.

On July 1, 1901, the city granted Francis H. Clergue's International Transit Co. exclusive rights to operate a street railway in the Sault for 25 years.

The rails were laid 12 months later, starting at Gore and Queen, west to Huron Street and east to Upton Road.

The streetcars ran at least once an hour Monday through Saturday from 6 a.m. to 10 p.m.

They weren't allowed to exceed 10 miles an hour.

For the entire 42 years that the street railway operated, rides cost just a nickel one-way.

Clergue didn't get rich off his streetcars but they generally broke even.

Last night, Don McConnell, the Sault's director of planning and enterprise services, said that a city feasibility study conducted a few years ago concluded that the idea is still viable.

"We were proposing a pilot program for two years. It would be operated by our own transit department. At the time, I don't think there was a lot of enthusiasm to put any money into it," McConnell said.

"But with the Downtown Association  — their plans, the new development that we've had downtown, and possible support from a couple of the major tourism players in the downtown  — we could certainly sit down and take a look at that again."

"That study has kind of resurrected itself now," McConnell told councillors. "It wouldn't take a great deal of work to update it."