Don't make the mistake or settle on voting PC or NDP as you have seen what a majority government can and will do, says Holliday
Jun 4, 2018 6:30 PM By: SooToday Staff 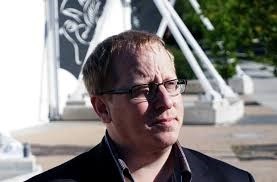 NOP leader Trevor Holliday. Supplied.
NEWS RELEASE
TREVOR HOLLIDAY, NORTHERN ONTARIO PARTY LEADER
**********************
It is unfortunate that the Liberals have already thrown in the towel and are begging to be the balance of power this election.

It is now obvious that Ontarians will be electing the PCs or NDP into power and ideally a minority government, which would be great news for the people of Northern Ontario to hold the balance of power.

A chance to make Northern Ontario prosperous may never happen again with this ideal opportunity voters are in. Now is your chance like never before to vote for the future of Northern Ontario.

Let me ask you:

Would you buy a car without an engine, any written inspection, or warranty? Then why would you vote for a party without a platform?

Would you vote for a party who cannot calculate their own plans with the mistake being in the BILLIONS?

Don’t make the mistake or settle on voting PC or NDP as you have seen what a majority government can and will do. Please vote and have your voices heard with a vote for the Northern Ontario Party to hold the balance of power. The people of Northern Ontario need to be heard and prosper like it had before Toronto even existed.  We must not conform to the same way of voting that has caused our colonization for decades and lend your vote for a Real voice for Northern Ontario.