Dedication: Tracy's Dream is looking for a few good men 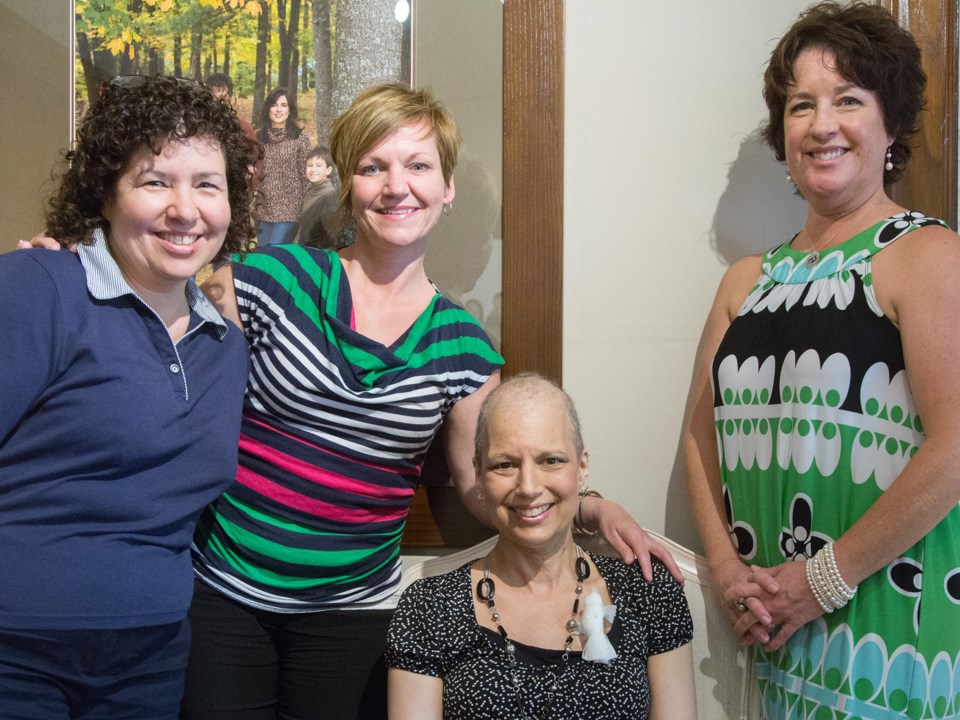 As her fundraising efforts move into a new phase, Tracy Dinelle has learned you are never alone when you ask for help.

With humble beginnings, Dinelle’s project — Tracy’s Dream — has grown leaps and bounds over the last year-and-a-half.

A meeting was held Wednesday at Kevanna Fine Photography for Dinelle and her team to plan the next phase of her fundraising efforts, a calendar for the year 2017 honouring male cancer survivors.

The calendar expands on the current 2016 Algoma District Breast Cancer Calendar, which has raised over $14,500 so far.

“When you are talking to another survivor you have a special bond. There’s things you can’t say to your family or your friends, but you’re able to sit down and open up [with another survivor], your feelings, your crying,” said Dinelle.

Paula Pigeon, who sits on the Patients and Family Advisory Council for Sault Area Hospital, is one such survivor and a key member of Dinelle’s team of volunteers.

About two years ago, Pigeon was inspired to create a calendar honouring women who have survived breast cancer.

“It only made sense to combine the two efforts together as a joint venture,” said Pigeon.

Thirteen women posed for the 2016 calendar, with photography donated by Anna Pelletier of Kevanna Fine Photography.

Pelletier said she was surprised when she first heard about Dinelle’s mission to provide parking tokens for cancer patients attending radiation and chemotherapy appointments at Sault Area Hospital.

“I didn’t realize people had all these other costs. It’s a little thing, but it’s important,” said Pelletier, whose father also battled cancer.

“She’s fighting for her life, because it [cancer] has come back. She’s still here, which is amazing considering all she has been through,” said Pelletier.

Dinelle admits the work is tiring, but says she has a lot of friends who help.

So far, nine male cancer survivors have lined up to appear in the calendar, which leaves three months to fill with models.

The group has lined up partnerships with the local Ford and Honda dealer to provide vehicles as props for the men's calendar shoots — from ATVs and snowmobiles to motorcycles and cars.

“Whatever they want,” said Dinelle.

Design and printing services for the 2017 calendar will be handled by Marnie Stone of Stone's Office Supplies.

In January of 2015, Dinelle hoped to raise $5,000 to put toward parking tokens for patients receiving cancer treatments at Sault Area Hospital.