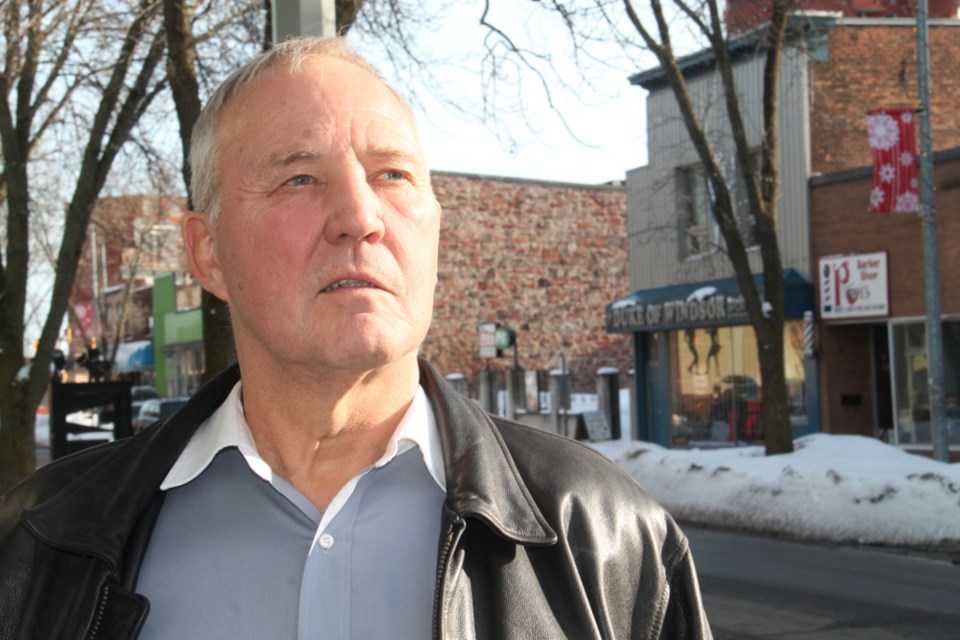 One of the country’s former top cops, now formally looking into  legalizing marijuana in Canada, visited Sault Ste. Marie Monday to meet with local officials regarding the issue.

Bill Blair, former Toronto Police Service chief and now Parliamentary Secretary to Jody Wilson-Raybould, Minister of Justice, is currently touring across Canada to listen to the public and meet with stakeholders on the subject of cannabis legalization.

The Task Force on Cannabis Legalization and Regulation submitted its final report in November 2016. That task force was chaired by Anne McLellan.

“The government has made some commitments around changing the way in which we control cannabis in this country, moving it from criminal prohibition to a system of strict regulation, and talking to lots of communities about what that actually means, what that could look like and listening to concerns people have,” Blair told SooToday.

While still in opposition in July 2013, Justin Trudeau raised eyebrows when he called for marijuana’s legalization.

Many, including police chiefs, reacted by stating legalization of marijuana is dangerous, only creating a gateway for people to try heavier, more dangerous drugs.

Blair, in his 40 years of service as a police officer, worked against the drug trade.

So is legalization of marijuana for recreational purposes wise?

“The answer is quite simply ‘yes.’  If, frankly, all we were going to do is legalize marijuana, then I would be concerned, but that’s not all we’re going to do,” Blair said.

“The current prohibition is overwhelmingly being ignored…so we propose to put in a very strict system of regulation that controls the production of cannabis, where it can be legally sold, under what circumstances, how much and to whom,” Blair said.

Legalized, controlled production of the substance would get organized crime out of the marijuana business and make marijuana available with “a known purity, potency and providence,” Blair said.

“We believe very strongly it should not be sold to children (younger teens)…the actual health evidence is that the risk is most significant for young adolescents,” Blair said, suggesting a legal marijuana smoking age of 18 (each province would have the authority to set that age higher), based on studies done by public health, public safety and addiction and mental health officials.

“I believe there will be very significant restrictions on advertising, branding, packaging, warnings on labels not unlike what we currently do with tobacco and perhaps even more restrictive.”

“It is not the government of Canada’s intention to promote the use of this drug.  Our intention is to restrict its access to young people and make sure adults who choose to use it are given accurate information about the consequences for their health and social outcomes.”

Discussions are going on, Blair said, about how marijuana will be produced and where it will be sold.

Blair said he and Trudeau have discussed the topic at length.

Legalizing marijuana and controlling it will actually protect our young, Blair said.

“Organized crime has no accountability to anybody, no concern or care, they’re completely reckless as to the consequences of that criminal activity on kids and their health and their outcomes, they profit enormously from that $8 billion business and they perpetuate a lot of the violence and victimization in our communities.”

Would legalizing marijuana in Canada lead U.S. President Donald Trump to not necessarily build a wall around Canada, but make it tougher for Saultites to make innocent trips across the International Bridge?

To that, Blair would only say “the laws of both countries need to be respected, it would still remain a criminal offence to import or export cannabis across that border.”

Blair, elected to parliament as MP for Scarborough Southwest in the 2015 federal election after retiring from the Toronto Police Service, is currently on a tour of Canada meeting with various stakeholders to discuss marijuana’s legalization.

Blair has recently visited a number of communities in the GTA, Vancouver and the lower BC mainland.

Blair’s consultations have gone on for about a year and the government has committed to bringing in marijuana legalization legislation in the spring.

Putting those legislative changes into effect would take about another two years, as the provinces and municipalities make the transition to those changes, Blair said.