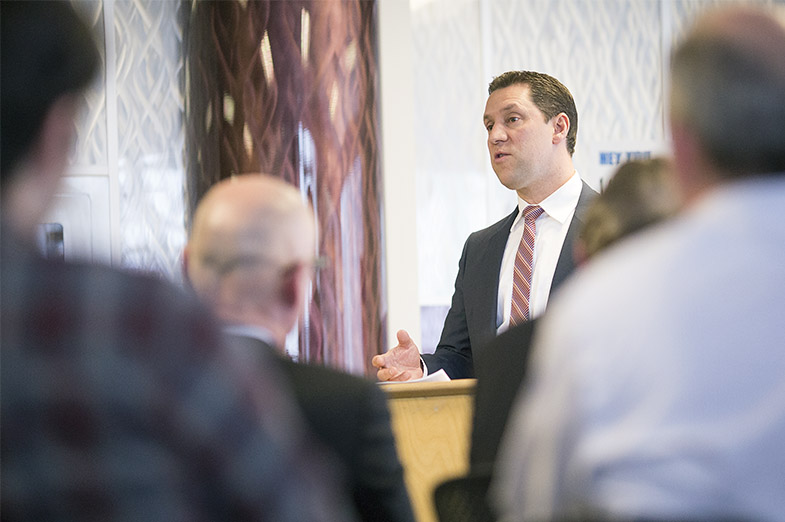 Ontario Lottery and Gaming (OLG) has committed to being the anchor tenant in a proposed Tier III data centre announced today by MPP David Orazietti at the Sault Ste. Marie Innovation Centre (SSMIC).

“We are going to maintain a significant presence in Sault Ste. Marie. That’s the commintment of our chair. We are very interested that there is a good pipeline of talent in Sault Ste. Marie,” said Tom Marinelli, acting president and CEO of OLG.

Although OLG will be the anchor tenant, the data centre will have room to expand to accommodate other tenants.

Requests for proposal (RFPs) have been sent out for a company to construct and operate the data centre and Tom Vair, executive director of the SSMIC, hopes construction will begin in 2015.

The location of the proposed data centre is yet to be determined.

“We did some mapping and identified the most promising areas for a data centre and what areas of land are available, so we have a good idea,” said Vair.

Prior to the sending of RFPs, the Innovation Centre ordered a feasibility study to determine if a data centre made sense for the Sault.

A number of factors indicated the Sault would be a good candidate for the data centre, including availability of fibre broadband internet and a comparatively stable power grid.

Dodds said having OLG as a tenant will be a vote of confidence that will hopefully attract more business to the data centre.

Parnerships were also announced between OLG and Sault College and Algoma University to fill positions in the proposed data centre. Oriazetti notes there are currently 53 open jobs at OLG, the majority of which would be filled in Sault Ste. Marie. 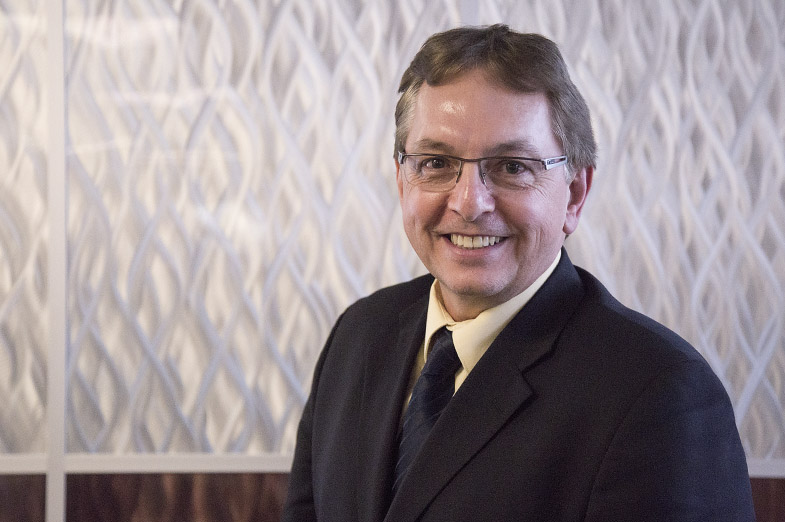 Marinelli said the co-operation between the city, provincial government, EDC and SSMIC made the decision to commit to becoming a tenant easier.

“To actually be able to sit in a room with all the parts of the community, all pulling in the same direction is fascinating for us. That’s why you have a strong commitment from OLG because at the end of the day, for us to maintain a presence, we have to work with the community,” he said.

The following is a news release issued by Orazietti's office:

*************************
The Sault Digital Task Force gathered at the Innovation Centre on the campus of Algoma University today to meet, as well as to update the community on their progress.

“I’m pleased to be able to provide another update on the progress we are making as we continue to work to secure new opportunities for the future of the lottery and gaming sector here in Sault Ste. Marie,” said David Orazietti, MPP. “The Sault Digital Task Force is committed to ensuring our communities future as a hub for lottery and gaming excellence and we have attracted great interest, both through recruitment and proposed projects such as the construction of a Tier III data centre.”

The update focuses on the three primary objectives of the Sault Digital Task Force: Improving Digital Infrastructure, Developing a Lottery and Gaming Centre of Excellence, and ensuring an effective OLG Recruitment Strategy for local employment.

The Task Force is looking to create new digital and data infrastructure to support new business opportunities for the gaming and lottery sector in Sault Ste. Marie.

Progress has been made towards this goal with a proposal put forward to build and manage a new state-of-the-art Tier III Data Centre in Sault Ste. Marie.

As the only Tier III Data Centre in Northern Ontario, it will be a hub for new and established lottery and gaming enterprises.

The Task Force has also been meeting with key private sector businesses from around the world discussing future gaming and lottery opportunities for Sault Ste. Marie.

The Digital Gaming Task Force is developing plans which will help the Sault become the lead location for the development and testing market for all new products related to gaming, lottery, charitable bingo and quality assurance.

OLG has been actively working to expand within the community with 53 positions available, the majority of which would be located in Sault Ste. Marie. Additionally, in the last year 119 positions have been successfully filled in Sault Ste. Marie. The Task Force has established important human resource networks to attract both Sault residents and would-be residents for these positions.

“The Digital Task Force is working closely with our government, the chair of OLG, Philip Olsson and the CEO of OLG Tom Marinelli to deliver on not only on these three important objectives but the successful modernization of OLG in Sault Ste. Marie,” said Orazietti.