The Stupids Step Out 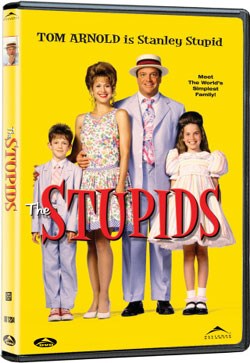 On Thursday December 15 at 4:26 p.m. a member of the public who reported seeing four people walking on the ice between Low Island and Picnic Island in Little Current called Manitoulin OPP officers. Police attended the area and found the four individuals on the ice and motioned them back to shore. They were spoken to about their actions and dangers of being on the ice at this time of the year. Constable Allan Boyd Community Services Officer advises: "Even though it appears like full winter is upon us with all the snow we received the ice conditions on the channel and lakes are still very dangerous. A thin layer of ice has formed and with all the snow on top it appears to the eye that the ice is safe and is thick. We need a couple of weeks of below-freezing temperatures to form ice thick enough to carry a persons weight and heavier things like snow machines. With all the snow I know people are anxious to get out and enjoy the joys of winter but I urge you all to use caution and wait for the ice to form before heading out on it. The last job an officer wants to do is informed a loved one that some one has drowned over the holidays."

On Thursday December 15 at 10:31 a.m. Manitoulin OPP were called after a man was injured in an industrial accident on Jerusalem Hill in Billings Township. Police arrived to find the ambulance crew on scene along with members of the UCCM Tribal Police service. The injured man was back in the bush area and police had to enter the area with a 4 X 4 police vehicle. Upon investigation police learned that some men were in the bush logging and cutting wood. One of the trees fell on the man causing severe injuries. The man was taken to the Manitoulin Health Centre in Mindemoya. Injuries included a broken left leg, an injured left hand and a large laceration to his forehead. Police have called in the Ministry of Labour to assist in the investigation as it involves an industrial incident. Constable Mike Patterson is the investigating officer.

Early Sunday morning December 18 at 2:12 a.m. Manitoulin OPP were called to the Anchor Inn Hotel as a group of patrons appeared to be involved in an altercation in front of the establishment. Police arrived and took some people into custody. The investigation is still ongoing and if anyone has any information they are asked to call police or Crimestoppers at 1-800-222TIPS (8477). Constable Randy Dedman is investigating.

That the Ontario Provincial Police responded to four 9-1-1 calls over the past two weeks. All calls were dialed in error and required the officers to attend and verify that there were no actual emergencies. Again, an "emergency" constitutes any situation that requires immediate assistance when the safety of people or property is at risk, e.g. a crime in progress, a motor vehicle collision, a fire or a medical emergency. 9-1-1 is not intended to be used as a number that is convenient for those who will not take the time to look up the non-emergency number for the OPP, fire or ambulance service. Do not call the OPP for road conditions or closures. MTO should be contacted at 1-800-268-4686 or www.mto.gov.on.ca for this information. When traveling, plan ahead by checking the MTO website or calling the MTO number for up-to-date road and weather conditions for the area in which you will be travelling. Do not program 9-1-1 in your phone and teach your children that the phone is not a toy and should not be used in "pretend games." Approximately 90 percent of 9-1-1 calls received are not emergencies. Think before you dial. Someone with an actual emergency or a call that requires the police, may be delayed because all lines or call takers are otherwise engaged. It could be a matter of life and death! ********************