This will be the first summer tourism season where the Sault's Ontario Travel Information Centre won't have a currency exchange, but there may be a replacement in the fall

The Ontario Travel Information Centre will go without a currency exchange this summer.

In fact, Ontario Travel Information Centres across the province no longer offer currency exchanges with the closure of the Sault exchange in November. 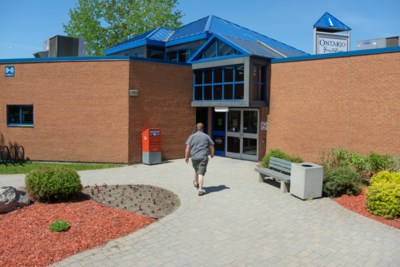 Ontario Tourism Marketing Partnership Corporation (ONTMPC) has 11 travel centres across Canada, two of which are seasonal — from mid-May to mid-October

Around five years ago, when the Canadian dollar was highly valued, the currency exchange service provider International Currency Exchange(ICE) began pulling out of the five locations that had currency exchanges at the time.

These exchanges were in gateway locations for American travellers — Sarnia, Windsor, St. Catharines, Niagara Falls, and the last one, in Sault Ste. Marie.

Simultaneously, a different service provider operated a currency exchange in a Toronto Ontario Information Centre but when that centre moved in 2014, the new location was considered too competitive by the service provider who decided not to continue, said Devereaux.

Devereaux said OTMPC’s understanding was that the ICE locations closed because American tourists just weren’t crossing the border enough at the time to make the business worthwhile.

The currency exchange was never considered essential to the travel centres, said Devereaux, rather they were “a nice value added service similar to how we sell fishing licenses in some of our locations.”

OTMPC was leasing space to International Currency Exchange and did not make any money from the business itself other than rent, said Devereaux.

According to Canadian Forex, in 2016, the Canadian dollar yearly average exchange rate with the US Dollar reached a 12-year low, which according to the logic that a low rate for Americans means more tourists using the exchange, raises the question of why ICE decided to leave.

In an email to SooToday ICE vice-president of Eastern Canada Louis-Philippe Roberge said that while rate fluctuations do factor into how viable a location is, an increase in alternative methods of payments and rising industry expenses also play a factor.

"As a 'remote' location our operational costs in Sault Ste. Marie were inflated, the trading was very seasonal (and unidimensional), and it was also subject to yearly travel cycles," Roberge wrote.

With the Sault Ste. Marie location pulling out, Devereaux said OTMPC saw an opportunity to return currency exchanges to five locations and the plan is to put out a request for bids in the summer of 2017 with service to begin operating in the fall.

Devereaux said they had interest from some service providers however everything is going through a formal procurement process.

OTMPC said the Sault’s Travel Information Centre had 123,161 visitors from April 1, 2016 to March 31, 2017 while Ontario's 11 centres welcomed one million visitors combined in that time period.

People in the Sault with invisible disabilities are suffering in silence