The Harman boys are ready to curl 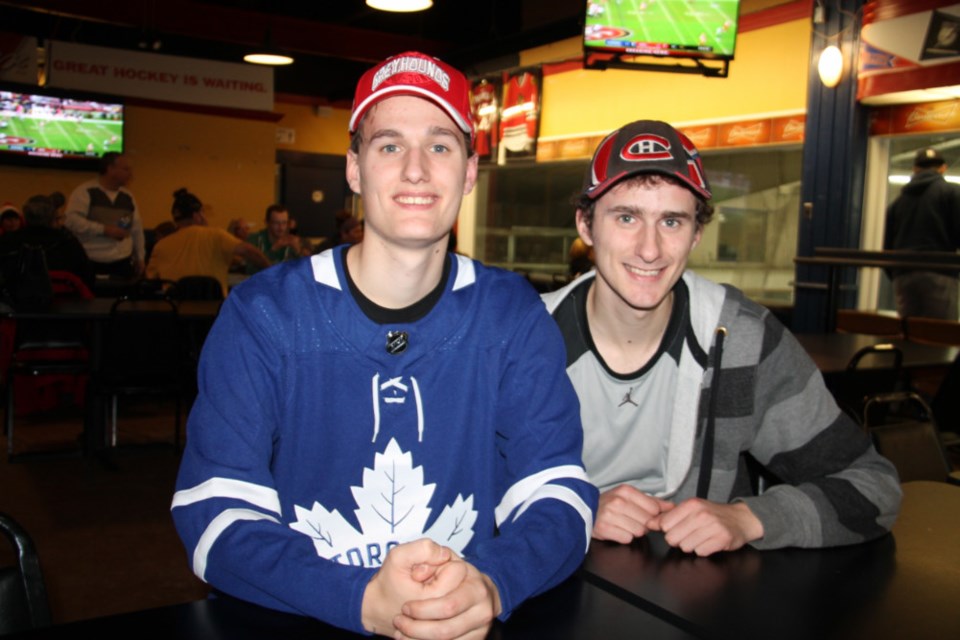 Among the 12 Saultites getting set to compete in the 2019 Special Olympics Ontario Provincial Winter Games are brothers Shevy and Nathan Harman.

Shevy, 21, born and raised in the Sault, began curling three years ago, inspired to get involved in the game by one of his former school teachers.

“I like all sports equally…(but) I like throwing the rock in curling,” said Shevy, who plays vice (or third) on a team with his brother Nathan and other fellow Olympians Vince Coccimiglio, Josh Chartrand and Kristen Bonenfant.

“I was quite happy because I qualified for two sports, but I chose curling over snowshoeing because I didn’t want to let the team down,” Shevy said, speaking to SooToday.

“Considering I’m going to have some friends there, I’m going to be excited,” said Shevy when asked how he’ll feel curling in front of the hometown audience.

He has also won a trophy for his gentlemanly play in baseball.

Nathan, 24, was born in Sudbury and raised in the Sault.

“I’m the skip. I’m the Brad Jacobs of the team,” grinned Nathan, who began curling when in Grade 8.

“I’m not so much worried about trying to win every game. It’s more about looking at how well each player can do and making sure everybody’s having fun. That’s my point of view.”

“It was an exciting feeling (when his team qualified for the Winter Games),” Nathan said.

“Like my brother, I qualified for both curling and snowshoeing, but curling is much more fun. There’s just something about it...once you get down there and play it, it’s magical.”

Like Shevy, Nathan also plays in the Legion band, on baritone horn (which he described as “a momma tuba”) and loves to watch hockey.

The brothers have a friendly rivalry going, in that Nathan supports Montreal while Shevy is a Leafs fan.

Shevy said he appreciates the support of his family, nodding to his mother Joann.

“This lady drives me around everywhere,” he smiled.

“We’ve been keeping them active since they were little. Now they go from swimming to five or six different sports in a year. It keeps them busy and it’s awesome.”

Joann, who went from being a parent volunteer to serving as one of the Games community coordinators, said “it’s amazing to watch all the athletes grow.”