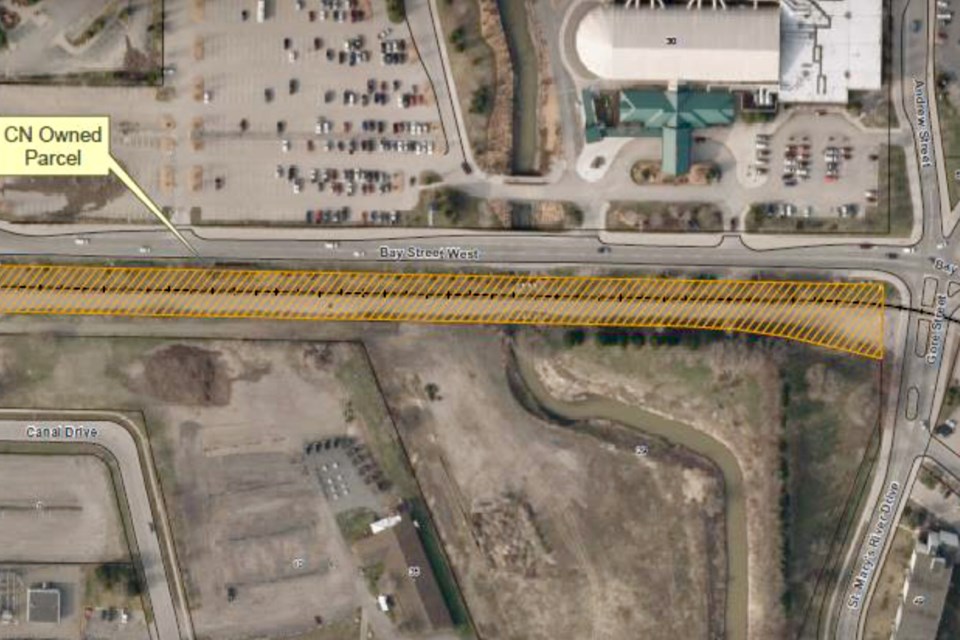 We haven't heard much recently about that $40 million urban Indigenous hub and housing development proposed for the Gateway site this time last year.

But work aimed at getting the giant construction project off the ground is quietly progressing, according to documents prepared for this week's meeting of City Council.

Councillors will be asked Monday night to spend $300,000 to acquire a strip of land along the north side of the Gateway property where the Algoma Canyon Tour Train used to run.

The property is owned by Algoma Central Railway, Inc. (ACR), which in turn is owned by Canadian National Railway Co. (CN).

Now that the tour train station has been moved from the Station Mall parking lot to the Machine Shop property, the city wants to buy the former rail right-of-way to assist Bawating Urban Indigenous Committee (BUIC), the group behind the proposed Gateway development.

"As council is aware, the city has signed a memorandum of understanding with BUIC for the development of the Gateway site," says Tom Vair, the city's deputy chief administrative office for community development and enterprise services.

"BUIC has provided regular updates to city staff and they were successful in receiving funding to undertake the environmental assessment of the Gateway site," Vair says.

"That work is currently being completed by an environmental consulting firm and BUIC is still targeting the completion of the purchase of the land from the City in fall 2020."

"The acquisition of the CN property provides an important piece of land to complete the property (access from Bay Street, design flexibility, etc.) and our purchase price can be factored into the negotiations with BUIC," says Vair in a report prepared for Mayor Provenzano and city councillors.

Vair points to numerous steps that must be completed before the Gateway project becomes a reality:

"This project could be nationally significant for the collaboration being undertaken by the partners," says Vair.

"If for some reason the city is not able to reach an agreement with BUIC, the acquisition of the CN property makes the Gateway site a more valuable piece of land with many more options for further development.'

Monday night's meeting of City Council will be livestreamed on SooToday starting at 4:30 p.m.