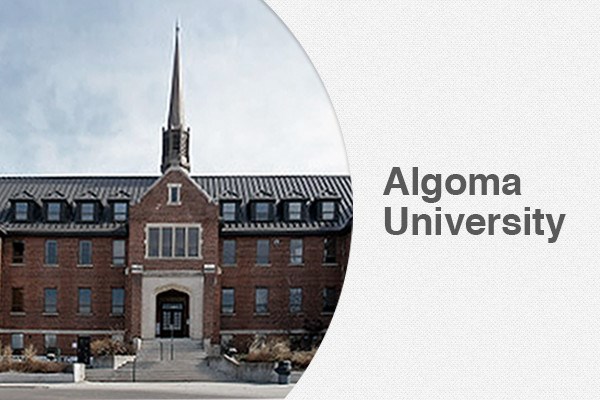 “The Business Case Competition is the ultimate way for students to finish off their education at Algoma University,” says Algoma University’s Business and Economics Professor Cathy Denomme. “It allows them the opportunity to showcase their talents to future employers and to compete with their peers.  Students also get the opportunity to network in different cities, which is a unique occasion for those in Northern Ontario.”

This year’s event will include guest speakers and judges Nicole Verkindt, Graham Sherman, and David Segal. The celebrities will interact with the students throughout the competition.

They will visit each of the teams for approximately 15 minutes as the students work on the solution to the case, allowing students the opportunity to demonstrate their abilities to the guest judges but also gain vital feedback from them.

David Segal is best known for founding DAVIDsTEA in 2008. During his time at DAVIDsTEA, Segal grew the company from a single store on Toronto’s Queen Street West to a $200 million retail giant.

In June 2015, DAVIDsTEA became a publicly-traded company on the NASDAQ, and since its launch, the brand has been featured in the Wall Street Journal, Women’s Wear Daily, The Globe and Mail, and Fast Company.

When Segal left DAVIDsTEA early in 2016 to pursue new entrepreneurial endeavours, the company was seventh on the list of Canada’s most trusted brands.

With his business partner, Graham Sherman launched Tool Shed Brewery, which today is sold in over 1,000 locations in Western Canada.

Tool Shed Brewery has its 15,000-square-foot headquarters in Calgary, and the team behind the brand has also been nominated as Canadian Entrepreneurs of the year, Canada’s most prestigious business award for entrepreneurs. They were also named as two co-winners of the “40 Under 40” recognition from Avenue magazine.

Nicole Verkindt is the founder of OMX (Offset Market Exchange) and the newest Dragon on CBC’s Next Gen Den. OMX is the only online platform in the world to manage obligations government contractors have to invest in local economies.

The platform has users from the world’s top defence, aerospace, shipbuilding sectors, and tens of thousands of local suppliers around the world.

In 2008, Verkindt launched Tiburon, an offshore manufacturing business in the Dominican Republic, which sold shelter components to government contractors during the height of the Iraq and Afghanistan Wars. She also founded the non-profit organization GlassFrog, which provided aid to Haiti after their devastating earthquake.