Strike or lockout will trigger default in Essar Algoma's financing 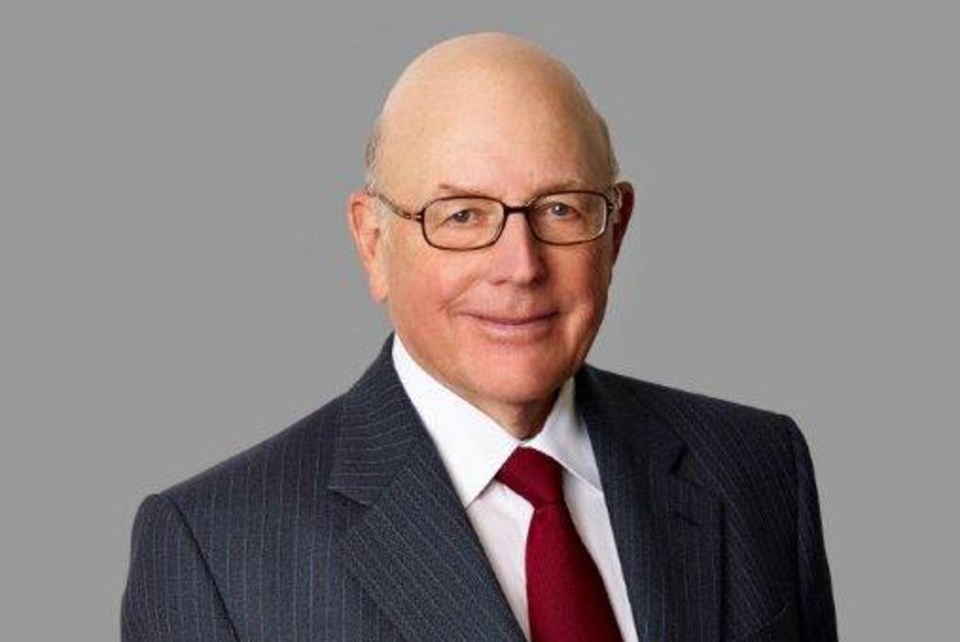 Warren Winkler, former chief justice of Ontario, has been called in to mediate collective bargaining talks between the Steelworkers and Essar Steel Algoma's term lenders. But so far, the respected jurist has been waiting quietly in the wings, insisting it's too early to intervene.

Essar Steel Algoma has little more than six weeks to slash $22.2 million from its operating expenses or risk losing access to the debtor-in-possession financing on which it's subsisted since Nov. 9, 2015, court records reveal.

That stipulation is in the fine print of the latest extension of the Sault steelmaker's financing agreement with a syndicate of term lenders led by Deutsche Bank AG.

With the current arrangement due to expire at midnight tonight, the revisions come into effect tomorrow and are effective until March 31, with a possible 30-day extension beyond that.

The term lenders are also insistent that any strike or lockout at Essar Algoma will trigger default of the debtor-in-possession financing.

Essar Steel Algoma has been shopping for alternative financiers but believes the demanding Deutsche Bank terms are its only option for a successful restructuring.

A majority of Essar Steel Algoma's long-term lenders and senior secured noteholders have expressed interest in acquiring the Sault steelmaking operation and investing as much as $US425 million in it.

Warren Winkler, former chief justice of Ontario, has been brought in to mediate collective bargaining talks between the United Steelworkers and Essar Steel Algoma's term lenders.

But so far, Winkler's waiting quietly in the wings, insisting it's too early to intervene.

Approximately 78 per cent are paid by the hour and are represented by United Steelworkers Local 2251.

The remaining 22 per cent are salaried workers, members of United Steelworkers Local 2724.

The Local 2724 collective agreement expired last March 31 but continues in effect until either the union or management provide written notice of termination.

Local 2251's agreement for hourly workers expired last July 31 but also continues in effect until notice is given.

The new pressure to cut $22.2 million in operating expenses has translated into company demands for a 10 per cent pay cut and other concessions.

A Toronto judge will hear arguments on Feb. 7 on whether there should be a no-board report, indicating that differences can't be resolved and no conciliation board should be appointed.

A lockout, strike or imposed concessions are legally possible on the seventeenth day after a no-board report is issued by the Ontario Ministry of Labour.

Any such application will be vigorously opposed by Local 2251, which is preparing for a strike vote should the no-board report be approved and $22.2 million in cuts are sought from workers.

"The monitor understands that, unless a global resolution is reached between the term lenders and unions, the only practical way Algoma can achieve this milestone is by imposing remuneration terms on its employees pursuant to a conciliation process after the issuance and expiry of the 'no board' report by the ministry of labour," says Denega in his most recent written update to the court.

"The monitor also notes that the occurrence of any labour disruptions (including any strike, work stoppage, work slowdown or any other form of labour disruption involving [Essar Steel Algoma's] employees would trigger an event of default under the extended debtor-in-possession agreement."

"Accordingly, failure by the term lenders and the unions to reach mutually acceptable agreements may impact the continuing availability of the debtor-in-possession facilities to the extended maturity date."

In a statement issued this week, Local 2251 president Michael Da Prat responded: "It is our position that if the company is able to request a no-board report for the purposes of being able to impose terms, then the union should be able to call a strike if the members found it necessary to do so."

Under the language of the new deal with term lenders, default will be triggered by:

Steel prices went into a slump between May and October of last year but have now largely recovered.

That exceeded the company's projection of $13 million.

From January 21 until March 31, Essar Algoma is projecting a net operating cash flow of $49 million, $46 million of which will go toward mandatory prepayments related to the debtor-in-possession extension.

The only alternative to a letter of credit acceptable to the Chinese firm was full payment prior to any shipment.