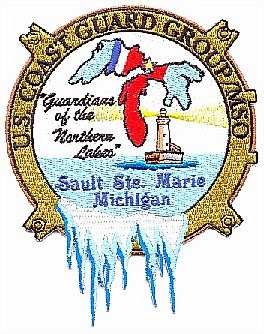 The following is the full text of a news release issued tonight by the U.S. Coast Guard's Sault Ste. Marie Group:

******************* SAULT STE. MARIE, MI – Coast Guard icebreakers will transit the north side of Drummond Island to break up the ice bridge running from Milford Haven, ONT. to Drummond Island, MI on the morning of Tuesday, March 16th due to deteriorating ice conditions.

In conjunction with breaking up the ice bridge, Captain of the Port Sault Ste. Marie will open Pipe Island North and East Channels at 1300 on March 14, 2004.

The United States Coast Guard, in cooperation with the United States Border Patrol, United States Customs and Border Protection, the Royal Canadian Mounted Police, and the Ontario Provincial Police, will break up the deteriorating ice bridge as a safety measure for recreational ice users, and in an effort to control illegal US/Canadian border crossings on the ice bridge.

The Coast Guard would like to remind all recreational ice users that it is a violation of Federal Law (19 USC 1433 and 19 USC 1436) to cross into the United States from Canada without checking in with United States Customs and Border Protection.

The Coast Guard would also like to remind all recreational ice users to plan their activity carefully, use caution on the ice, and stay away from shipping channels, which are being groomed for the opening of the shipping season.