Some left jobless as the last city-run daycare closes today

One worker says more than half of the employees are without work, however, all the children have been offered spots elsewhere and any daycare subsidies remain intact
Aug 25, 2017 6:00 PM By: Jeff Klassen 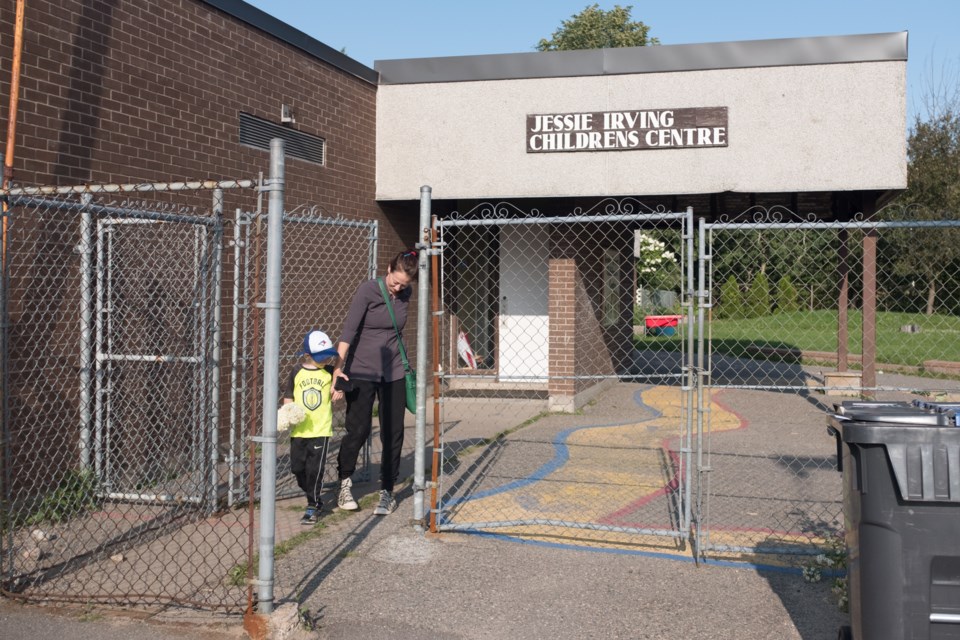 Jessie Irving Childrens Centre closed today and ‘probably not even half’ of the 22 workers have found new jobs says early childhood educator Amanda Piercy, who works there.

In March 2016 city council voted to close the city run daycare centres and Jessie Irving is the last of them.

At the time of that vote Sootoday reported 12 full-time and 18 part-time jobs would be lost lost and around $531,000 paid out in severance.

It was reported that the city was running 100 of 1450 daycares spaces in the city.

On Thursday Deputy CAO Tom Vair said that Jessie Irving currently employees 22 full-time and part-time workers and that, with the closure, 28 children have to attend another daycare.

Starting in September, Child Care Algoma is opening a new daycare centre on the same site as St. Basil’s Secondary School and this site will be picking up some students.

Vair said all of the students at Jessie Irving were offered a spot there.

Some families that attend Jessie Irving receive subsidies based on household-income and these subsidies are able to be carried over without the need to reapply, said Fairbrother.

“That’s completely transferable — it doesn’t matter what daycare they are going to,” she said.

Piercy has been working at Jessie Irving for 11 years and she said some are upset to be losing their job.

“There’s a lot of emotions, some have been here almost 30 years,” she said. “(However) some are really happy to move on to take care of their grandkids."

Piercy said there is no other daycare in the city as good as Jessie Irving.

She highlighted the way in which coworkers exchanged ideas in a positive way, and the large space available for kids to play in.

Piercy said she is starting her own daycare, Piercy’s Preschool.

According to city council reports, in 2014, the commissioner of social services said changes in provincial funding resulted in a 27.5 per cent cutback in municipal daycare funding for District of Sault Ste. Marie Social Services Administration Board.

It was reported that the city could not find a way to make municipal daycares revenue neutral, so they closed them.