Smart meters are dumb. This Saultite plans to change that

Those so-called ‘smart’ meters the PUC installed in your place? Paul Mertes says they’re actually rather dumb.
0
Nov 20, 2014 10:11 AM By: David Helwig 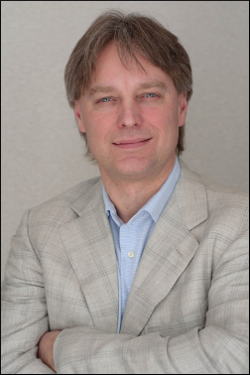 Those so-called ‘smart’ meters the PUC installed in your place?
Paul Mertes says they’re actually rather dumb.
At least, they’re dumb and expensive as compared to the groundbreaking electrical metering technology being developed by Mertes’ company, CircuitMeter Inc. of Ajax, Ontario.
Mertes is CircuitMeter’s chief executive officer.
These days, he’s swinging deals across North America, Europe and Asia, with big players like Walmart, Pepsi, Tridel, Dalkia and Tesco.
And he’s now turning his eye back to his hometown of Sault Ste. Marie, Ontario, pitching city hall, the PUC, local industries, the hospital and educational institutions to become early adopters of his company’s energy-saving web meters.
As one would expect from a pioneer of world-leading technology, Mertes attended the smarter-than-smart Anna McCrea Public School and the still-smarter Sir James Dunn Collegiate and Vocational School.
Mertes then did time at some less prestigious but still estimable educational institutions including the University of Waterloo (mechanical engineering) and York University’s Schulich School of Business (MBA).
He logged more than 20 years of executive experience, building or turning around a variety of engineering, technology and infrastructure companies, heading operations in Canada, the United States, Europe, the Middle East and Asia.
For the past decade, the former Saultite has specialized in the clean-energy sector, including stints as CEO of CleanEnergy Developments, Canada's first fully integrated geoexchange company, and senior vice president of Giffels Engineering.
Last year, Mertes was approached by Tom Rand, who knew Mertes as an investor in CleanEnergy.
Rand was now running a $30-million venture capital fund and he’d recently made an early investment in an energy analytics startup called CircuitMeter.
“Tom explained that he thought this was one of the most exciting opportunities that he had come across, and that the technology was so brilliant that the company had the potential to be a global force in energy conservation and energy management,” Mertes tells SooToday.com.
“He introduced me to the founders with the thought that they had a need to bring in experienced business executives to provide strength in that area to balance their technical excellence. After some time doing due diligence myself, I came to agree with Tom.”
In February of this year, Mertes started consulting for CircuitMeter.
Six months later, he was asked to join the company as CEO.
“The next stage in the company's mission is to build sales and re-draft an aggressive business plan upon which a next-stage financing will be pursued in the first two quarters of 2015,” Mertes says.
Back in his hometown for this month’s Energy Opportunities Conference sponsored by the Sault Ste. Marie Innovation Centre, Mertes described CircuitMeter’s technology as “globally, the most powerful electrical metering system that we’re aware of.”
Most energy consultants focus on big-ticket power drains.
But those losses make up only 20 percent of the picture.
CircuitMeter also tracks the other 80 percent of electrical usage that’s hardly ever monitored, believing the devil is in the details.
Mertes’ smarter-than-smart meters monitor every circuit in the breaker panel of every building.
The data is sent in real time to the cloud, where it establishes a baseline for all energy use, issuing email alerts when a building or piece of equipment starts using more power than usual, or more than other buildings use.
“It’s big data,” Mertes told this month’s conference at Algoma’s Water Tower Inn. “It’s all circuits, in real time, sending data every two seconds to the cloud. That’s a lot of data. Millions of data points, but the engine can handle it. It’s not old SQL servers. It’s modern technology that’s actually based on the way that poker gaming, online gaming is done. It’s designed to handle 50 to 100 billion calculations a second, or more.”
Findings are accessed through easy-to-use, web-based dashboard software.
Mertes believes CircuitMeter is poised to become one of the main players in an emerging global market that he estimates will be worth $20-$30 billion.
“This is what is going to allow metering to flourish everywhere and be a harbinger of a vast increase in the amount of energy analytics and the savings that can come from advanced energy conservation.”
A typical CircuitMeter system monitoring a 36-circuit breaker panel costs $1,500 to $1,600 and can be installed by an electrician in a couple of hours.
With installation included, the cost is about $2,000, or $50 to $60 a circuit.
That’s as little as two percent of the cost of currently available energy metering technology, Mertes says.
“Right now, there’s research that’s coming out in the United States that suggests that 15 to 20 percent of electrical usage in institutional, commercial, industrial environments could be reduced through advanced energy conservation techniques. That will be driven on the basis of data.”
Mertes has big hopes for his hometown.
“The CircuitMeter technology has been established as being more powerful than any electrical metering technology on the market,” he tells SooToday.com. “It is our hope that the City of Sault Ste. Marie, local private sector companies, and institutions such as colleges, schools, and hospitals, will work with us to pursue energy conservation and budget savings in conjunction with the PUC and the Ontario Power Authority.”
“Becoming a leader in energy conservation would be consistent with the city's strategic objective of building its reputation as the alternative energy capital of North America,” he says.
To see a video explaining CircuitMeter’s technology please click here