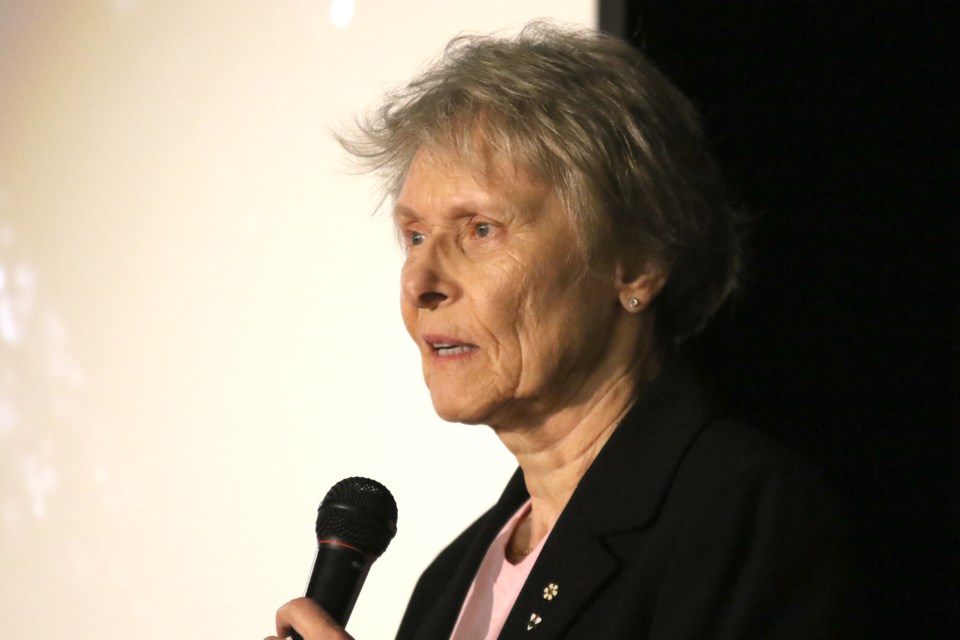 Dr. Roberta Bondar has sure been making headlines this Canada Day weekend.

Here in the northern Ontario city Dr. Bondar proudly calls her hometown, a local news source declared: "Roberta Bondar made the list of the new members named by Rideau Hall to the Order of Canada."

In fact, those headlines are more than a quarter-century out of date.

The Sault-born neurologist who blasted into space on Jan. 22 1992 with a box of Girl Guide cookies was actually inducted into the Order of Canada later that same year.

One of Canada's highest civilian honours, the Order of Canada has three levels: members, officers and companions.

On Friday, Governor General Julie Payette, a fellow Canadian astronaut, announced Bondar's promotion to the order's highest level – companion – 26 years after she was first named to the prestigious posse of great Canadians.

It was the latest of hundreds of honours received by Sir James Dunn's 1963 Sports Woman of the Year and 1963 regional winner of the Rotary Science Fair.

She became an honourary member of the Algoma West Academy of Medicine in 1992 and honourary patron of the Canadian Bushplane Heritage Centre the following year.

Bondar's promotion to companion within the Order of Canada recognized "her contributions to our awareness of environmental sustainability as an educator, patron and internationally recognized photographer, and for her pioneering work in space medicine research."

Also promoted to companion were the Right Honourable Beverley McLachlin, who was honoured for "her prodigious impact on our country’s legal landscape, notably as the longest-serving chief justice of Canada, as well as the first woman in the role," and Lorne Michaels, for "his legendary body of work as a television and film producer, writer and comedian, through which he has influenced North American culture."