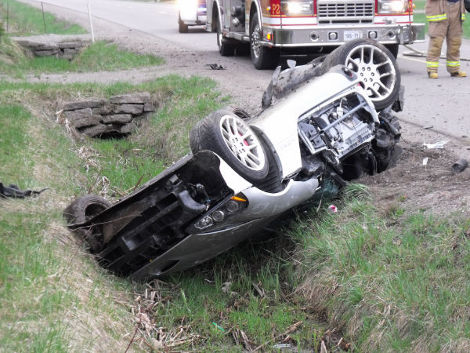 8:15 a.m. update
CITY POLICE
NEWS RELEASE
*************************
At approximately 7 p.m., police responded to a single motor vehicle collision on Goulais Ave.
It is reported that a southbound vehicle lost control and hit the ditch resulting in both occupants being ejected from the vehicle.
The vehicle also struck a hydro pole.
Two people were transported to the hospital by ambulance.
The investigation is ongoing at this time.
*************************
Original story: 11:45 p.m.