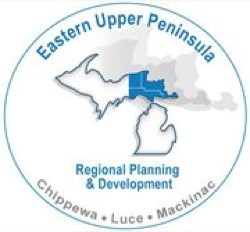 SAULT STE. MARIE, MI - The Eastern U.P. Regional Planning & Development Commission (EUP) will oversee a multi-agency, interdisciplinary team to develop the engineering and design necessary to restore 70 acres of rapids habitat in the Little Rapids portion of the St. Marys River area of concern (AOC) located in the eastern Upper Peninsula of Michigan.

Through a $347,568 grant from the National Oceanic and Atmospheric Administration (NOAA) under the Great Lakes Habitat Restoration Program, the Little Rapids Engineering and Design project will include completion of hydraulic flow modeling, engineering design, an environmental assessment, design of pre- and post-implementation environmental monitoring, and development of stakeholder outreach and education activities.

This initial phase of restoration builds on previous investments by numerous agencies and nongovernmental partners, to prepare the Little Rapids Restoration Project for implementation by 2013.

Jeff Hagan, executive director of the Regional Planning Commission said: “We are excited to lead this truly collaborative effort amongst, state, federal and local organizations to complete the necessary pre-implementation work on this project to restore the Little Rapids on the St. Marys River, a critical piece of natural infrastructure for the Great Lakes and the Eastern UP Region.”

The St. Marys River is a globally unique river that forms the binational connecting channel between Lake Superior and Lake Huron, two of the largest freshwater systems in the world, with shared jurisdiction between the Canadian Province of Ontario and State of Michigan.

Both communities have a strong tourism-based economy that is centered on sport fishing and other recreational activities tied to the St. Marys River.

The river is a destination for anglers traveling from across the United States, Canada, and beyond.

The Great Lakes provide jobs for more than 800,000 Michigan residents and sustain a world-renown commercial and sport fishery valued at more than $4 billion.

Despite its popularity for recreation, the entire reach of the St. Marys River is designated as one of Michigan’s 14 Great Lakes AOCs due to pollution and habitat alteration.

The river is listed for 10 of the 14 beneficial use impairments (BUIs) evaluated under the AOC program including Fish and Wildlife Populations and Habitat.

According to John Iliff, manager of NOAA’s Great Lake Habitat Restoration Program, “We are excited to work with the Eastern U.P. Regional Planning and Development Commission and other regional partners on this engineering and design project. This work is a critical step toward the implementation of a project that will contribute to the removal of Fish and Wildlife BUIs and to the restoration of a rapids habitat that will benefit the recreational fisheries in the area."

Senator Debbie Stabenow (D-Michigan) issued the following statement in support of the project: “Fishing is so important to our state and to the economy of our Upper Peninsula. Nothing tastes better than fresh Walleye or Whitefish on a summer day in Michigan. It’s so exciting to see this partnership and investment of federal resources which will go a long way in restoring the Little Rapids habitat for these and other fish species in the Eastern UP.”

“Stewardship of our Great Lakes is among our greatest responsibilities, and restoration of vital connecting waters and habitat is an important part of carrying out that responsibility. This project will help ensure that we leave a thriving natural environment for future generations,” Senator Carl Levin (M-Michigan) said, underscoring the importance of this project.

The EUP will be working hand in hand with a host of partners including the Michigan Department of Natural Resources, the U.S. Army Corps of Engineers and Lake Superior State University.

Greg Zimmerman, LSSU biology professor and coordinator of the St. Marys River Binational Public Advisory Committee stated that: “The idea of restoring the Little Rapids has been around for 20 years or more, so we are excited to begin this first phase of work on the project. This project will help make up for destroyed rapids habitat and help the fish population in the river and the economy those populations support. It’s part of a long-term plan to restore the river and remove it from the list of Great Lakes areas of concern.”

Funding for the project is being provided through the Great Lakes Restoration Initiative (GLRI), a five-year, $2.2 billion program to implement a comprehensive restoration strategy for the Great Lakes.

The Initiative represents the largest investment in the Great Lakes in more than two decades.

The GLRI is guided by a task force of 11 federal agencies, which developed a detailed action plan to implement the initiative.

- Cleaning up toxics and Areas of Concern (AOC);

- Restoring wetlands and other habitats;

- and Tracking progress and working with strategic partners.

In its first year alone, the GLRI has pumped over $100 million into Michigan’s economy, supporting more than 175 restoration projects and associated activities.

Restoring the Great Lakes is a wise investment that will generate substantial benefits Michigan’s Upper Peninsula and eight-state Great Lakes region in general.

A detailed study conducted by the Brookings Institution found that fully implementing the Great Lakes restoration strategy will generate $80 to $100 billion in short- and long-term benefits.

Cleaning up the areas of concern is projected to increase property values in shoreline areas by $12 to $19 billion.