Signatures on 'say no to ferrochrome' petition pass 5,000 mark

All Wednesday evening, the petition against a ferrochrome smelter in Sault Ste. Marie was getting a hundred new signatures an hour
Sep 25, 2019 10:26 PM By: David Helwig 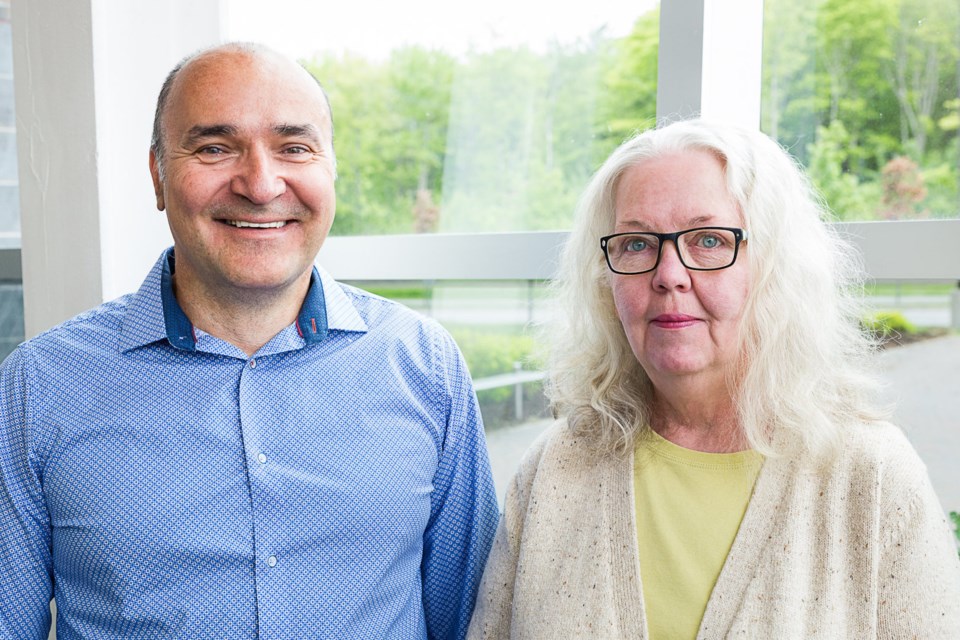 A little after 6 p.m. Wednesday, signatures on an online petition opposing ferrochrome production in Sault Ste. Marie reached the 5,000 mark.

The Change.org petition, titled Say no to ferrochrome production in Sault Ste. Marie, is by no means restricted to city residents.

But its signatories and supporters include some prominent Saultites, even two leading faculty members at Algoma University, where president Asima Vezina was pushing hard last year for letters of support for the $1-billion project.

"The people of the City of Sault Ste. Marie deserve to see both sides of the coin, not just the benefit side," said one of the academic dissidents, Dr. István Imre.

He's an expert on the behavioural and population ecology of juvenile salmonids, including the effects on fish of physical environmental variables.

"Hexavalent chromium is a known human carcinogen," Imre said over the weekend in a social media post.

"Considering the extreme nature, broad distribution and length of the environmental and human health costs of locating a ferrochrome facility here, we need a fully informed discussion with health and environmental experts and decide for ourselves what do we want."

"It seems that widespread spatial and temporal pollution of water, soil and air and further increasing cancer rates are too high a price to pay for a couple of hundred jobs, especially when the same number of jobs could be obtained by attracting sustainable and green businesses to Sault Ste. Marie."

"Going forward with this project will result in care drain (doctors and nurses leaving), brain drain (teachers and other intellectuals leaving), depressed economic conditions for a suite of businesses and a potential collapse of the upper end of the real estate market. It will also mean that the city can likely close its shutters in terms of attracting new inhabitants to the city, especially in the above categories."

"Toxic resources extraction activities are the past. How are we going to define the future of Sault Ste. Marie together?" Imre said.

On Wednesday, the professor was encouraging his colleagues to forward the petition to all their acquaintances.

"I am signing because if a ferrochrome production facility is built in SSM, I will have to give up my job and move away from the Sault," posted Linda Burnett, assistant academic dean of student success.

"We need to ask ourselves what jobs we are going to lose," wrote Peggy Lauzon, who has taught strategic planning and community engagement at the university.

"The hardworking entrepreneurs of this community are swimming upstream against a city leadership that does not support or value them and who utterly lack the vision we need to build the great community Sault Ste. Marie has the potential to be. It can only take so many blows and I don’t see our vibrant city surviving this one," Lauzon said.

"I need to be convinced the environmental and health impact on this community will be neutral or positive.... otherwise no amount of economic development matters," former marketing and finance instructor Nadine Robinson wrote as her reason for signing the petition.

All the professors and former faculty members posted as individuals, with no mention of their Algoma U affiliation.

Some other comments made by signers of the petition:

I would like to move back to the Soo someday! But would rethink it if this moved there first! - Angela Piaskoski

From a purely economic perspective, this is the perfect location for a smelter. From an environmental and human health perspective, the shore of the largest fresh water lake in North America and upwind of a of a major human population is the worst place to have any smelter. Smelters are notoriously dirty... even with 'state of the art technology' - Peter McLarty

This would be the end of Sault Ste. Marie as we know it. In the end, if this goes through, we are all going to lose so much. I do not want our beautiful community (yes beautiful, flaws and all) to become another polluted beyond saving Hinkley ghost town - Tova Arbus

Our young people won’t return home and start businesses when it’s to a polluted environment. The brain drain will get worse if they build and operate this thing. And the 'baby boomers' will leave, too, as soon as they retire, so they can be nearer their grandchildren. It’s a loss of vibrant elders who have time to volunteer and money to spend. We do nothing for long term economic sustainability when we pollute our city - Kathleen Brosemer

A Facebook page, NO Ferrochrome Plant Sault Ste. Marie, has grown recently to more than 1,400 likes.

All this opposition has surfaced as Noront Resources Ltd. prepares for its first community consultation on the ferrochrome smelter initiative, scheduled to take place in Sault Ste. Marie on Oct. 23.

Extinction Rebellion Sault is calling residents to a meeting about the project at 10 a.m. Saturday (Sept. 28) at The Water Tower Inn, 360 Great Northern Rd.

It's expected to eventually create more than 500 permanent jobs with average salary of $108,000.