Should our twin-pad arena project be scaled down to just one pad?

City Council will be asked next week to set a deadline of Oct. 26 for staff to come up with ideas for saving or scaling down the project
Sep 12, 2020 8:11 AM By: David Helwig 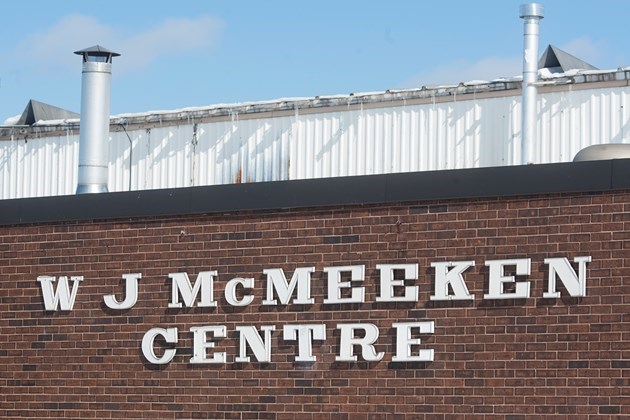 Sault Ste. Marie City Council will be asked Monday to consider alternatives to its proposed $28-million replacement of the W.J. McMeeken Centre, including possibly scaling back the twin-pad design to just one ice pad.

Councillors will be asked to authorize city staff to locate any other potential funding sources since the city's bid for support under the Canada Infrastructure Program's community, culture and recreation stream was rejected by the province last month.

Staff would be directed to get an accurate cost estimate for a single-pad arena and to look for design options to reduce the scale of current arena.

They'd be given a deadline of Oct. 26 to come up with recommendations for saving or paring down the project, in hopes it can be included in the 2021 budget.

Federal and provincial politicians were given tours of the ailing 52-year-old McMeeken Centre to convince them of the need for new ice surfaces.

"The intake of this funding stream was highly competitive, and total demand reached upwards of $10 billion against total available joint funding (federal-provincial-applicant) of nearly $1 billion," the province said in its August rejection notice to the city.

"City staff have requested a de-briefing meeting to discuss our application and reasons for the decline in more detail," Tom Vair, the city's deputy chief administrative officer for community development and enterprise services, says in a report prepared for Mayor Provenzano and ward councillors.

The current cost estimate for a twin-pad arena at Northern Community Centre is $27.7 million plus $1.1 million to demolish the McMeeken arena.

That's up from the original estimate of $25 million.

"From a timing perspective, it should be noted that even if council approved a project this fall, the construction timelines would require the operation of the McMeeken arena for two more seasons," Vair said in his report.

"There is some concern that a failure with the ice plant could take place which may require closing the facility in advance of project completion."

"This would have a significant impact on user groups and major implications for scheduling, causing reduced ice time among all user groups."

"It would make little sense to invest significant funds in the McMeeken arena should such a failure occur," Vair said.

"There will be some maintenance investments that will have to be made to address current issues (roof leaks, etc.) but staff will try to minimize the investments where possible. The facility is inspected each year by structural engineers and is safe for operation."

For the first time since the pandemic restrictions began almost six months ago, City Council will meet face-to-face in the Civic Centre on Monday.

To ensure physical distancing, some councillors will sit in back seats usually occupied by senior city staff.

Most of the staffers will participate via teleconference.

The building will be formally dedicated on Monday as the Ronald A. Irwin Civic Centre, with a speech from the former mayor, member of Parliament and ambassador during the council meeting.