Sault MP says billions in spending will help all ages, all sectors as people yearn to return to work
Apr 20, 2021 9:22 PM By: Darren Taylor 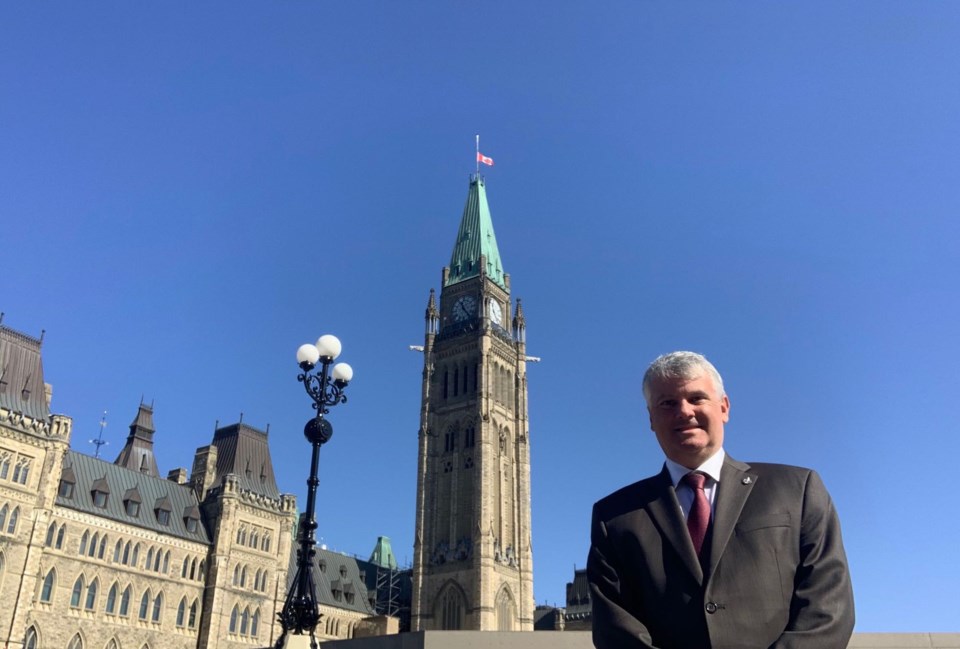 Observers of the federal government’s budget, announced Monday, say it is intended to provide something for everyone as the country struggles with the COVID-19 pandemic and dreams of returning to a healthy economy.

“It’s been billed as ‘something for everyone’ and I do believe that to be true because this pandemic has affected everyone. There hasn’t been one person not affected by this,” said Sault MP Terry Sheehan, speaking to SooToday.

“What I like about this budget is that it’s responding to the needs of Canadians, of Saultites, businesses, workers and organizations.”

The budget is 739 pages long and consists of billions of dollars in new spending (the deficit projected to hit $354 billion in the 2020-21 fiscal year).

Sheehan said he clearly heard the need for financial help from employers and workers, especially those in the hospitality sector.

“The wage subsidy needed to be extended. It was going to be sunsetted in June.That wage subsidy has been a lifeline to many small to medium sized businesses and we have extended it from June until the end of September (Sept. 25, along with commercial rent relief).”

Calls for extensions of financial aid was a common thread in pre-budget consultations, Sheehan said.

Economic help within the budget for a COVID restriction-ravaged economy includes Canada Emergency Bank Account (CEBA) loans being upped from $40,000 to $60,000. Applications for CEBA have been extended to the end of June. Those already receiving $40,000 in CEBA can apply for an extra $20,000.

In addition, Sheehan pointed to an increase of the federal minimum wage to $15 per hour, the extension of  Employment Insurance (EI) sickness benefits from 15 weeks to 26 weeks and the creation of 500,000 new work training experiences, including opportunities for youth, as other economic benefits for Canadians contained in the government’s budget.

“We’re going to continue to be there for as long as we need to, to support Canadians,” Sheehan said.

Launched in 1987 by the Progressive Conservative government of Brian Mulroney and carried on by successive governments, both Conservative and Liberal, FedNor most recently came under Innovation, Science and Economic Development Canada (IFED, formerly known as Industry Canada), but the standalone FedNor will now “allow for quicker, more nimble decisions,” Sheehan said.

“It’s having that bureaucracy accountable in northern Ontario and not going outside of northern Ontrio for those decisions (regarding who is eligible for FedNor funding). It will be a greater lend, by and for northern Ontarians. That was a huge one. Northern Ontario mayors have been lobbying for it.”

$1 billion announced for tourism Monday was another budget item Sheehan described as “huge,” one which he anticipates the Sault will benefit from.

“When the timing is right, and when local festivals can run (when, or if, COVID restrictions are lifted), there is support for them to run.”

Sheehan also voiced his enthusiasm for the budget’s Canada Digital Adoption Program, consisting of $1.4 billion in funding over four years.

“It’ll help businesses get a presence on the web and do commerce through the Internet, which is important,” Sheehan said, adding young entrepreneurs will especially benefit from that money.

The government announced $30 billion for child care over five years in the budget (cutting the cost for parents to $10 daily by 2026), an important relief for those work-at-home parents who want to return to work (as soon as they can, post-pandemic).

That deal still needs to be worked out with the provinces.

“It’s really important...it’s an opportunity for parents to participate in the workforce earlier, good for businesses who are needing skilled labour and for people who want to start their own businesses, so the return on the investment is significant when these people return to work and engage in the economy,” Sheehan said.

The government is also aiming to improve benefits for seniors through extra money in Old Age Security (OAS).

The budget calls for an increase in regular OAS payments for those 75 or older by 10 per cent on an ongoing basis beginning in July of next year.

The budget still needs to be approved by Parliament, the Liberals needing the support of at least one opposition party.

“I encourage the opposition members not to play politics and to put people first,” Sheehan said.

A true recovery, Sheehan said, depends on getting people vaccinated.

“We continue to say that we will make sure every Canadian who wants a vaccine will have one by September.”