Searchmont wraps up a ‘reasonable season’ 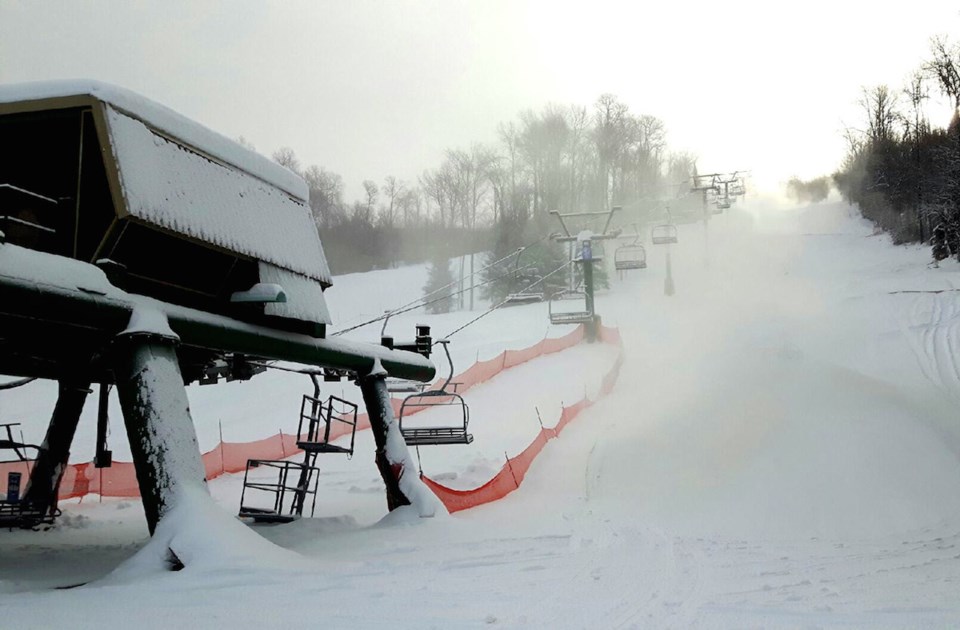 With Searchmont Resort wrapping up its season this coming Sunday, April 14, SooToday checked in with Chris Greensted, Searchmont Resort general manager, to see how the resort fared under new ownership and tons of snow for skiers to enjoy.

The hill opened the weekend of Dec. 8 after good snowmaking weather in November.

“We did have some issues with poor weather on key days, whether it was during the Christmas holidays and some weekends, which affected sales. Sales were very close to what we did last year, but it could have been better if the weather had cooperated. We had a couple of days we had to close because it was extremely cold, like minus 43,” Greensted said Friday.

Greensted also said one ski lift broke down and remained out of commission for about two weeks.

All that being said, Greensted stated “it was a reasonably good season.”

Visitor numbers and a dollar figure for this season were not readily available Friday.

Spirits among the resort’s staff are high and hopeful under the new ownership of Detroit-based Wisconsin Resorts Inc., which purchased Searchmont Resort for $2 million, the sale finalized Nov. 1 and officially announced the following day.

“We’ve already bought a lot of new heavy equipment we never had before, like backhoes, excavators, a new grooming machine arrived just the other day, and there’s more to come.”

“We’re looking at getting rid of the beginners lift we have now and replacing it with a Magic Carpet lift, which is basically a conveyor lift, you stand on it and it takes you up the mountain. We’re going to put in one that’s 100 feet long, another that’s about 380 feet long.”

A new beginner’s area will be put in place as well, Greensted said.

“We’re also hoping to put in a new chair lift which is going to rise up above the beginners hill, about 1,800 to 1,900 feet. We’re in the middle of clearing those trails right now, the guys started work on that a week and a half ago, clearing the bush to get that new chair lift in...those trails will also have additional snowmaking equipment and lighting for night skiing.”

The cost of improvements to the resort, Greensted estimated, lies in the area of $2 million to $3 million.

“It just depends on how far we go. We plan on putting in some new buildings and a possible expansion of the lodge, but until that stuff is finalized I can’t really put a number on it.”

“We’re going to be working all summer. We’re probably going to have six to eight people full time all summer doing construction, clearing and regular maintenance we have to do on the other lifts, electrical upgrades on the chairlifts...we’ve got a full summer ahead of us.”

The resort currently has 22 trails, with hopefully 24 or 25 by next season if all goes according to plan, Greensted said.