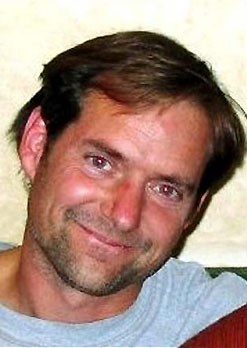 SooToday.com is receiving lots of reader responses to our request for local recollections of James Loney, the former Saultite who's been adbducted in Iraq by the Swords of Righteousness Brigade, which alleges Loney and his colleagues were actually undercover spies.

To read our earlier coverage of this story, please click here.

"I think he did a lot of work on the yearbook and took pictures at all the different activities we had at school. I worked with him at Columbus Boy's Camp in Orillia for a summer. Even as a kid himself, he was great with kids.

"Last I saw him was a year or two ago at Christmas or Easter. He told me he was working on some kind of farm that was run as a group home type thing, I think for young men. He had just started there after working in Toronto doing the same type of thing for a few years.

"It comes as no surprise to me that James is still doing the same type of good work. He is one of the gentlest, least judgmental people I know, and people can't help but feel comfortable with him. It is my prayer that the people who have taken him captive avail themselves to speak with him.

I have no doubt that if they get to know him they will certainly see in him a person of peace and good will, and release him safely."

"I recall James studied theology and was interested in the priesthood. He was the big brother that every kid on the street wanted to have. My family and I said a prayer last night for his safe release," Bedford tells SooToday.com.

"He was always friendly, one of the nicest guys you could ever meet," Lusterio says, adding that Loney was very involved with the religious aspect of life at SMC. "I'm not surprised he would end up in in the humanitarian field."

********************* "I went to St. Mark elementary school and St. Mary's with James," says Jeffrey Lysiak, now assistant professor of urology at the University of Virginia in Charlottesville, Virginia.

"I had no idea what James did after high school but as Ron Lusterio already said it is not surprising he ended up in a humanitarian field. I hope this situation ends well and that James is reunited with his family soon," Lysiak tells SooToday.com

********************* Former City Councillor Brady Irwin also thinks he remembers Loney around SMC. "Haven't seen him since," Irwin tells SooToday.com. "If it's the same guy, my recollection of him was that he was a very easy-going and conscientious guy."

********************* "I worked for several years with Jim Loney at a camp for underprivileged kids in southern Ontario," says 11:23, a frequent poster in SooToday.com's News Response forum. "Every time you saw him working, you realized he was put here on earth to help people. It doesn't surprise me to know he was in a very dangerous area to bring assistance to those most in need. He was always very tolerant, kind, and peaceful towards everyone around him."

Or, post your recollections directly using the News Response forum on our editorial page.

More on the James Loney story