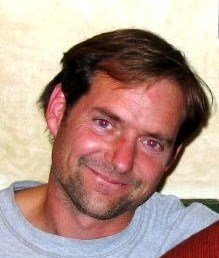 One of the four human rights workers mentioned in international media reports as being kidnapped in Iraq is former Saultite James Loney (shown).

He's more recently been living in Toronto, and was in Iraq as a member of Christian Peacemaker Teams (CPT), a ministry dedicated to "enlisting the whole church in an organized, nonviolent alternative to war."

Loney and his colleagues were seized by the Swords of Righteousness Brigade, which accuses the group of using their peace activism as a front for spying.

If you have first-hand knowledge of Loney's time in the Sault, we encourage you to contact our newsroom by e-mail at helwig@sootoday.com or post your recollections directly using the News Response forum on our editorial page.

The following statement was issued today by CPT:

CPT confirmed on 29 November that the four human rights workers missing in Baghdad on 26 November are associated with our organization.

BAGHDAD: We were very saddened to see the images of our loved ones on Al Jazeera television recently. We were disturbed by seeing the video and believe that repeated showing of it will endanger the lives of our friends. We are deeply disturbed by their abduction.

We pray that those who hold them will be merciful and that they will be released soon. We want so much to see their faces in our home again, and we want them to know how much we love them, how much we miss them, and how anxious and concerned we are by what is happening to them. We are angry because what has happened to our teammates is the result of the actions of the U.S. and U.K. governments due to the illegal attack on Iraq and the continuing occupation and oppression of its people.

Christian Peacemaker Teams (CPT) has worked for the rights of Iraqi prisoners who have been illegally detained and abused by the U.S. government.

We were the first people to publicly denounce the torture of Iraqi people at the hands of U.S. forces, long before the western media admitted what was happening at Abu Ghraib.

We are some of the few internationals left in Iraq who are telling the truth about what is happening to the Iraqi people.

We hope that we can continue to do this work and we pray for the speedy release of our beloved teammates.

We can confirm the identities of those who are being held as follows:

Tom Fox, age 54, is from Clearbrook, Virginia and is a dedicated father of two children. For the past two years, Mr. Fox has worked with CPT in partnership with Iraqi human rights organizations to promote peace. Mr. Fox has been faithful in the observance of Quaker practice for 22 years. While in Iraq, he sought a more complete understanding of Islamic cultural richness. He is committed to telling the truth to U.S. citizens about the horrors of war and its effects on ordinary Iraqi civilians and families as a result of U.S. policies and practices. Mr. Fox is an accomplished musician. He plays the bass clarinet and the recorder and he loves to cook. He has also worked as a professional grocer. Mr. Fox devotes much of his time to working with children. He has served as an adult leader of youth programs and worked at a Quaker camp for youth. He has facilitated young people's participation in opposing war and violence. Mr. Fox is a quiet and peaceful man, respectful of everyone, who believes that "there is that of God in every person" which is why work for peace is so important to him.

Norman Kember, age 74, is from London, England. He and his wife of 45 years have two married daughters and a 3-year-old grandson. He has been a pacifist all his life beginning with his work in a hospital instead of National Service at age 18. Before his retirement he was a professor teaching medical students at St Bartholemew's Hospital in London. He is well known as a peace activist, and has been involved in several peace groups. For the past 10 years he has volunteered with a local program providing free food to the homeless. He likes walking, birdwatching, and writing humorous songs and sketches. In his younger days he enjoyed mountaineering.

James Loney, 41, is a community worker from Toronto, Canada. He has been a member of Christian Peacemaker Teams since August 2000, and is currently the Program Coordinator for CPT Canada. On previous visits to Iraq, his work focused on taking testimonies from families of detainees for CPT's report on detainee abuse, and making recommendations for securing basic legal rights. James was leading the November 2005 delegation in Iraq when he went missing. James is a peace activist, writer, trained mediator, and works actively with two Toronto community conflict resolution services. He has spent many years working to provide housing and support for homeless people. In a personal statement from James to CPT, he writes: "I believe that our actions as a people of peace must be an expression of hope for everyone. My hope in practising non-violence is that I can be a conduit for the transformative power of God's love acting upon me as much as I hope it will act upon others around me."

Harmeet Singh Sooden, 32 is a Canadian electrical engineer. He is studying for a masters degree in English literature in Auckland University in New Zealand to prepare for a teaching career. He enjoys art, is active in squash and worked part time as a local squash coach. His family describes him as peaceful and fun-loving and he is known to be passionate about the plight of the underprivileged around the globe. He works tirelessly in his spare time to educate and help others. Statement of Conviction

In a "Statement of Conviction," the long-term Team members stated that they "are aware of the many risks both Iraqis and internationals currently face," and affirmed that the risks did not outweigh their purpose in remaining. They express the hope that "in loving both friends and enemies and by intervening non-violently to aid those who are systematically oppressed, we can contribute in some small way to transforming this volatile situation."

Christian Peacemaker Teams has been present in Iraq since October 2002, providing first-hand, independent reports from the region, working with detainees of both United States and Iraqi forces, and training others in non-violent intervention and human rights documentation. Iraqi friends and human rights workers have welcomed the team as a nonviolent, independent presence.

CPT teams host regular delegations of committed peace and human rights activists to conflict zones, who join teams in working with civilians to document abuses and develop nonviolent alternatives to armed conflict. The CPT Iraq Team has hosted a total of 120 people on sixteen delegations over the last three years.

Christian Peacemaker Teams is a violence reduction program. Teams of trained peacemakers work in areas of lethal conflict around the world. In addition to the Iraq Team, teams of CPT workers are currently serving in Barrancabermeja, Colombia; Hebron and At-Tuwani, Palestine; Kenora, Ontario, Canada; and on the Mexico-United States border.