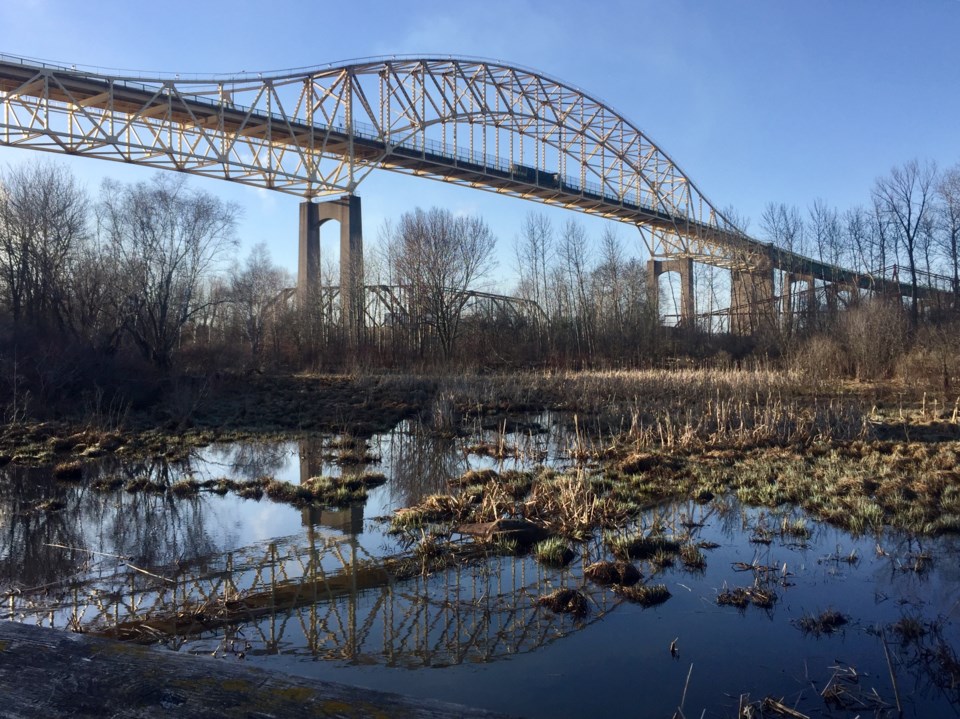 A view of the International Bridge from Whitefish Island. File photo

A Sault Ste. Marie woman says she’s still reeling from being separated from her partner ever since the Canada - U.S. border was closed to all non-essential travel in March.

Joyce McComiskey and her 15-year-daughter would routinely either visit or host Tony Kucharczyz - McComiskey’s partner who resides in Sault Michigan - six to seven days per week.

But due to border restrictions and some rather messy complications, McComiskey and her partner cannot cross the border to see each other in person. They possess no marriage certificate, and they do not qualify as common-law partners.

“...legally, we cannot even be common-law in the eyes of the border, or that would permanently jeopardize his opportunity to get a permanent residency status at some point.”

McComiskey says she’s not alone in her border-crossing dilemma. A number of groups dedicated to couples and family members separated by the Canada - U.S border are surfacing on social media, as well as an e-petition addressed to Prime Minister Justin Trudeau that Sarnia-Lambton MPP Marilyn Gladu intends to present to the House of Commons.

The petition - which calls on the federal government to relax current COVID-19 border restrictions for "foreign nationals who are immediate family members of Canadians" - had more than 2,500 signatures as of Saturday.

McComiskey is audibly frustrated while speaking with SooToday - she sees Canada opening its doors to the 2019-2020 National Hockey League (NHL) season - Edmonton and Toronto are still in the running as potential hub cities for the playoffs - as a "slap in the face."

“In absence of that marriage certificate, the government doesn’t see us as important,” said McComiskey. “I’m a hockey fan just like most other Canadians, but now the NHL can come, their families can come - they’re treated as this special bubble, and it’s a little bit of a slap in the face to those of us who can’t see their partner.”

McComiskey says it's been hard on the entire family to see the border restrictions repeatedly extended.

“We had no idea that when we drove away on March 18th what it was going to look like,” she said. “We were not mentally or emotionally prepared for this. We would’ve stayed a little while longer had we known.”