Sault Tribe gets a million dollars 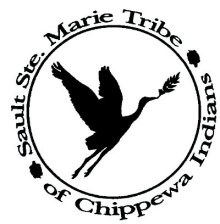 The tribe’s board of directors adopted a resolution to deposit the funds into the tribe’s land claims fund after a 12-hour negotiation with the firm and its attorneys.

The agreement with Miller Canfield does not end the tribe’s lawsuit against other parties in the case, which will go to trial in October.

"On behalf of the board of directors and myself, I'm confident to say this is the best possible outcome for our tribe and the status of the case,” said Sault Tribe Chairman Darwin “Joe” McCoy. “I’m pleased we were able to hold one party responsible for its role in the litigation and that we are free to continue on with the other defendants, soon we can put this behind us as a Tribe and move forward.”

The settlement allows the Sault Tribe to recover a substantial amount of money without the uncertainty of trial.

It also preserves the tribe’s ability to continue its lawsuit against those most responsible for the [allegedly] unauthorized transfer of tribal funds to key employees.

Sault Tribe v. Bernard Bouschor, et al, known by many as the “7+2” case, dealt with the propriety of termination agreements exercised by then-Chairman Bernard Bouschor with regard to key employees of the tribe.

The tribe contends in the lawsuit the chairman did not have authority to approve the payments and seeks repayment of the funds to the tribe.