The file has been shifted to the Ministry of Indigenous and Northern Affairs
Jul 20, 2016 2:00 PM By: Darren Taylor 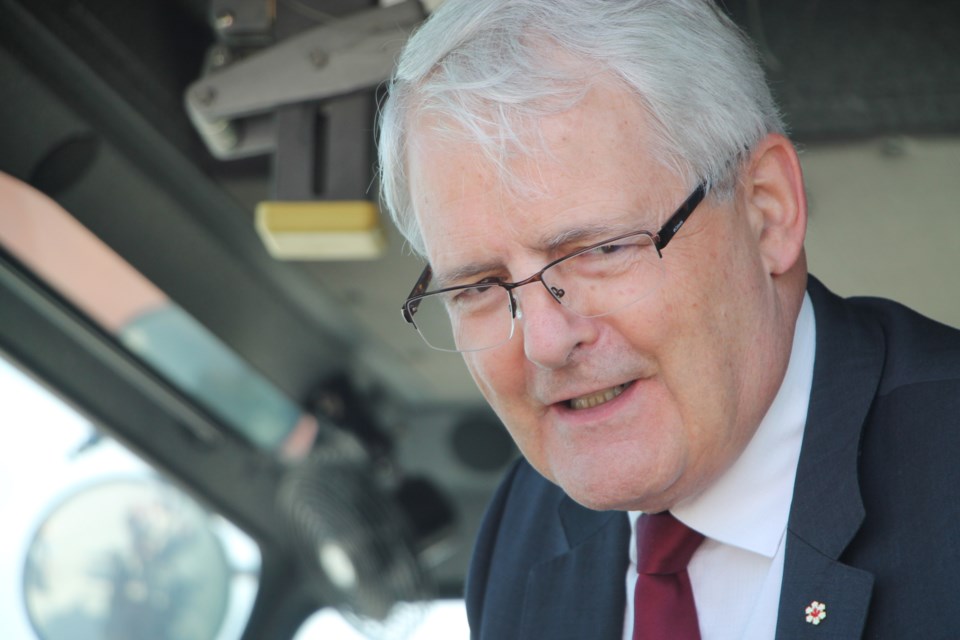 A proposal by Missanabie Cree First Nation to revive Sault to Hearst passenger rail service may someday receive federal government funding to get started, but that money won't come from Transport Canada.

"From a Transport point of view we have a responsibility for the safety of railways, all railways in the country, but the file would be more properly dealt with by the Indigenous and Northern Affairs Canada ministry," said Marc Garneau, Minister of Transport, speaking to SooToday at the Sault Ste. Marie Airport Wednesday.

"Transport Canada will not be involved with funding but we will help from the regulatory and safety point of view," Garneau said.

"Indigenous and Northern Affairs, as part of its mandate, works with First Nations on economic development, and we have said we will assist in working with them with respect to any transport-related safety issues and regulatory issues, that's part of our mandate at Transport Canada."

Michigan-based Railmark was chosen by the Sault Ste. Marie Economic Development Corporation (SSMEDC) to be that third party operator, but Sault to Hearst passenger rail service came to an end in July 2015 after the city declined to sign a funding agreement, citing Railmark's failure to secure a line of credit.

It appears that $5.3 million in funding has been withdrawn.

"That was an agreement in principle but it was based on the fact that the service would be continuous and that it would eventually be self-sustaining," Garneau said.

"Those conditions have not been met…(so) the train hasn't run for over a year."

"It is only used in cases where rail is literally the only way to get in and out of the communities (and) our judgement is that the Sault to Hearst rail line, the communities along there, most of them have alternative ways of accessing highways."

"We have to reserve funding for where railways are the only source, the only way to move around, and there are a couple in Canada where we're doing that."

It would be known as the Mask-wa Oo-ta-ban, which is Cree for Bear Train.

The plan would also need approval from CN, which owns the ACR line from the Sault to Hearst.

"What we have said is that we are ready to help, to work with Indigenous and Northern Affairs Canada, (because) they have a mandate that may include the possibility of working with the Missanabie Cree and Chief Gauthier," Garneau said.

Garneau's comments to SooToday were made after he announced $360,868 in funding for the rehabilitation of essential airside electrical power systems at the Sault Ste. Marie Airport.

The group, along with Sault Mayor Christian Provenzano and Rory Ring, Sault Ste. Marie Chamber of Commerce executive director and other Chamber officials, later went on a tour of the airport's facilities and a demonstration of its equipment.