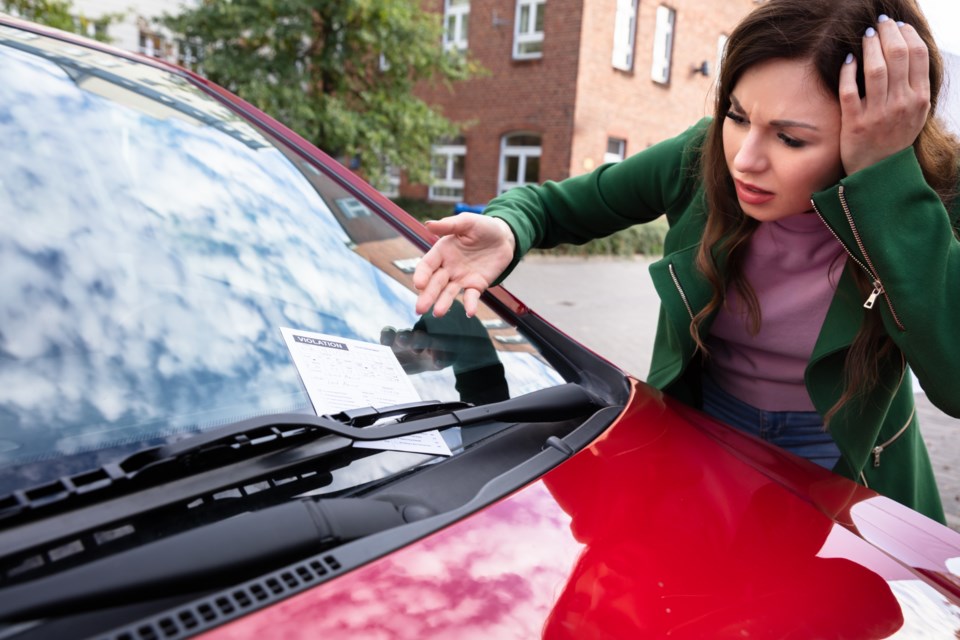 Okay, here at SooToday we don't want to be held responsible for you parking like a stunt driver and thinking you won't be ticketed for it.

So we're just going to tell you, verbatim, what was said at Wednesday night's meeting of the Downtown Association about COVID-19 and your chances of being ticketed for exceeding the two-hour limit for free parking in downtown parking lots.

The Downtown Association is asking the city to formally announce its more-relaxed stance on parking tickets.

In the meantime, you can decide what you want to do with this semi-official information:

I talked with Brent Lamming [the city's director of community services] last week. He's informed that the city has reduced their active patrol down to just two members and they're not enforcing the two-hour parking.

They're more looking for major violations: accessibility parking, parking on the ramp.

They're trying to encourage people to pull up, get their things and go.

They're trying to make it easier for people to park downtown right now.

That is supposed to go though the duration of the lockdown.

Salvatore Marchese (written report to his board)

Speaking with the city, they have provided information regarding parking during the COVID-19 lockdown.

They will only be enforcing major infractions for parking. These include accessible spots, fire lanes, hydrants, on-curb parking and extended stays.

The number of staff out doing patrols will be limited to two individuals down from the regular five.

Additionally, any businesses that purchased parking passes for April will also be valid for May.

The city wants people to be able to park and pick up goods without having to worry about ticketing as long as they are within the two-hour limit.

I was at the accessibility committee meeting today.

We track infractions for barrier-free parking.

So far today, there's only been two tickets that have been given out, especially due to the pandemic and facilities not being open and things like that.

People are certainly not, I think, using the parking as much.

This is city facility wide.

There's only been two infractions for barrier-free parking in all of the city so far this year.

I just wanted to let you know that, from an accessibility perspective.

I think that's pretty much what anybody could expect from the Sault.

I'm sure the Downtown Association is very pleased with that.

I think it's great of the city to be proactive in doing what they can under the circumstances.

Lockdowns had to come fast and quick.

I'd like to thank our city partners for reacting equally quickly in helping with what they can.