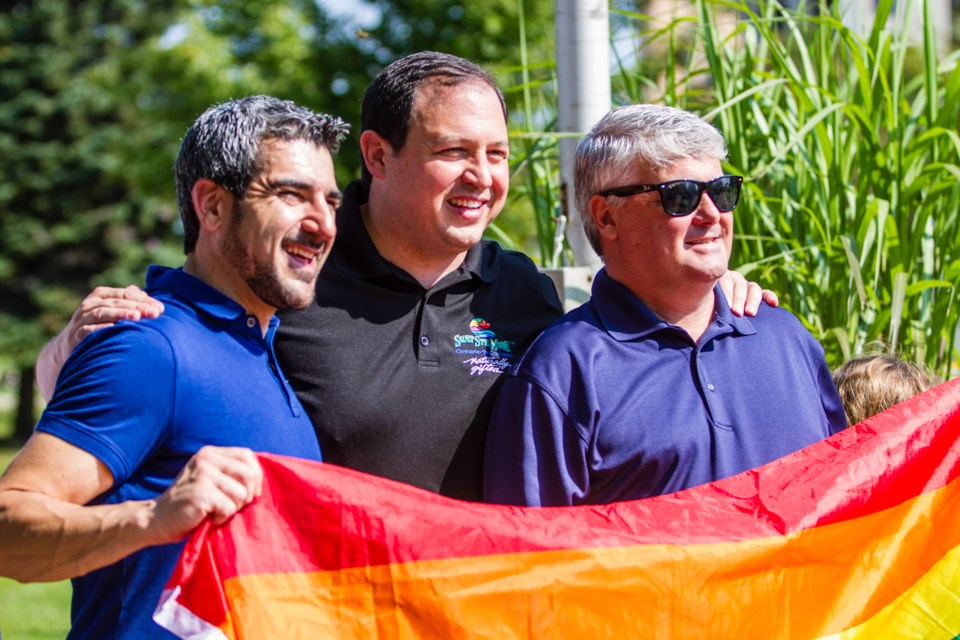 Three political amigos from Sault Ste. Marie, Canada are quietly scheming to envelope your flank and thwart your plan to slap a 25 per cent tariff on non-U.S. steel.

Their strategy is to work the phones to their U.S. counterparts.

Provenzano will call mayors in places like ,, , , , , , , , Kentucky, and that stand to lose if Canada isn't exempted from the Trump tariffs.

Sheehan will speed-dial federal representatives in those states.

Romano will reach out to state representatives.

"If our steel plant fails, it will have significant and far-reaching effects on their markets, economy and jobs within their communities."

"I'm pleased that we're working together as a unit."

Romano's preferred outcome is to have Canadian steel exempted from the 25 per cent tariff.

If the president can't be persuaded to do that, then Romano prefers an alternative mentioned by U.S. Commerce Secretary Wilbur Ross that would slap tariffs of 53 per cent on steel from 12 countries including Brazil, China Russia, India, South Africa and Vietnam, with a quota of 100 per cent of 2017 imports imposed on Canada and all other remaining countries.

"That's not ideal, but it's palatable based on the price of steel today," Romano told us.

"The tariffs proposed by President Trump will have a negative effect on the steel industry in both and the .," Mayor Provenzano said in a written statement.

“The facts and statistics establish that and the have a balanced, fair and complementary trade relationship in steel. For instance, in 2017 each country exported US$6 billion worth of steel to the other country."

“Levying a tariff against Canadian steel entering the will disrupt this relationship and negatively affect both countries," the mayor said.

Added Sault MP Terry Sheehan: “I have been in recently to meet with congressional representatives and senators to discuss the importance of the steel industry including Algoma and Tenaris Algoma Tubes. We have had a trade balance in steel, with the . Both countries have benefited from ongoing cooperation as raw materials move from the to to be made into steel, and back to the United States as a component in various kinds of manufacturing. Thousands of jobs and much of our prosperity depend on this co-operation."

"We have the longest undefended border in the world and we have partnerships with the United States that go back more  than a century. I will continue to reach out to contact allies among my federal counterparts in  the United States so that we can work together, effectively, against cheap, foreign dumped steel,” Sheehan said.