Captain Caleb Robert one of only four pilots chosen for important mission this year
Dec 24, 2020 3:30 PM By: Darren Taylor 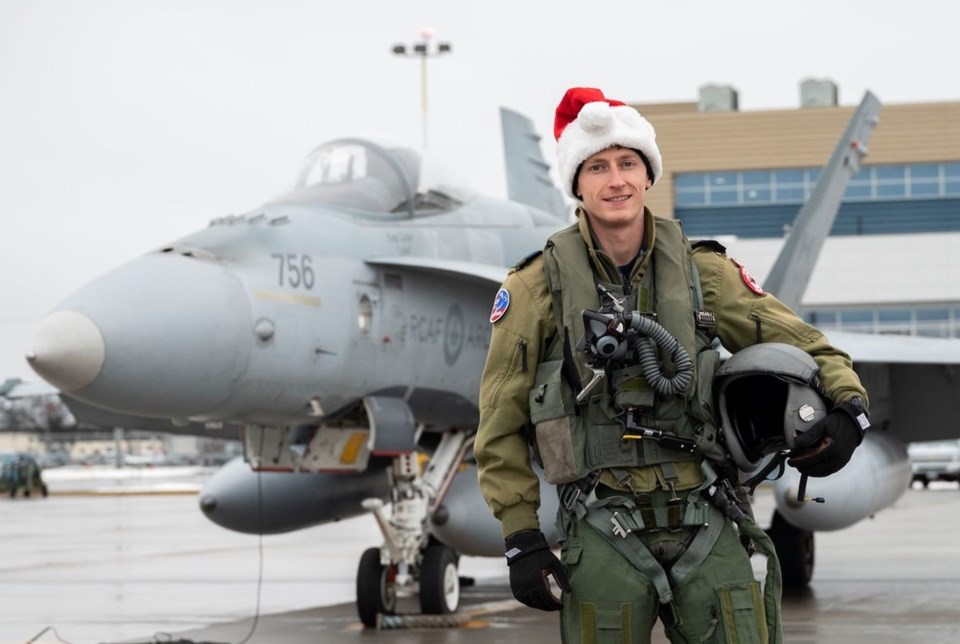 Captain Caleb Robert, a Royal Canadian Air Force (RCAF) CF-18 fighter pilot based at 3 Wing Bagotville, Que., is one of four such pilots who will be escorting Santa Claus through Canadian airspace overnight as he makes his annual toy delivery.

And, it turns out Robert is a Sault Ste. Marie native.

“There’s just over 200 CF-18 pilots and to be selected as one of the few for an annual task like this, that’s a pretty lofty thing to be awarded, to take part in,” Harten said.

Robert was chosen Dec. 17 by National Defence to be one of four pilots to escort Santa, along with Captain Jean-Sébastien Otis (also based at 3 Wing Bagotville, Quebec), Captain Tucker Densmore and Captain Sean Foster (based at 4 Wing Cold Lake, Alberta), while trackers from the Canadian Air Defence Sector at 22 Wing North Bay will keep an eye on Santa’s flight from the ground.

Canadian NORAD fighter pilots, flying the CF-18, take off out of Newfoundland and welcome Santa to North America. Then at numerous locations in Canada, other CF-18 fighter pilots escort Santa. While in the United States, American NORAD fighter pilots in either the F-15s, F16s or F-22s get the thrill of flying with Santa and the famous Reindeer – Dasher, Dancer, Prancer, Vixen, Comet, Cupid, Donner, Blitzen and Rudolph. Even though Santa flies faster than any jet fighter (Santa actually slows down for us to escort him), all of these systems (radar, satellites, and fighter jets) together provide NORAD with a very good continuous picture of his whereabouts.

“I was working with the squadron when he (Robert) was a cadet," Harten told us. "Then he went on to join the military, went to RMC (Royal Military College in Kingston, Ontario) and during the summers he flew at CFB Borden with the air cadet program teaching other cadets how to fly gliders.”

“We keep in touch. We got some photos of his training, and a letter back of what his training was like for the local cadets so they could have a bit of understanding of what it’s like to be a pilot for the RCAF.”

He was on "Cloud Nine" as he progressed from flying smaller aircraft, then making it to the CF-18 fleet, Harten said.

“To be one of the select few of the CF-18 pilots in Canada... it’s very inspiring, to see a young person achieve their goals if they work hard,” Harten said.

To keep an eye on Santa's location as he completes his deliveries, see the NORAD Santa Tracker here.