“The power of it is ordinary people with regular cell phones can contribute to the a greater understanding of these creatures,” said Sault Naturalist member Dave Euler, who held an outing to ‘salamander trap lines’ in Echo Bay on Saturday.

Many people aren’t aware that there thousands of salamanders locally, said Euler.

”They are kind of cryptic and hidden and they live underneath boards and rocks,” he said. 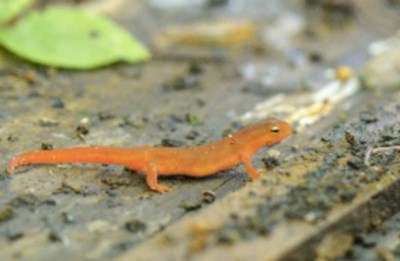 An eastern newt in the 'red eft stage' discovered on Saturday. Image courtesy of Sault Naturalists

On Saturday the group went out to two properties that have ‘salamander boards’ set up in the woods.

The creatures like cool, dark, and damp places and the boards attract them.

They don’t actually capture them — the term ‘trap line’ is used tongue-in-cheek — but when salamanders rest in them, it allows the group to observe them without harming them.

Many of the Sault Naturalists, who are mostly amateur nature lovers, document their salamander findings in the citizen-science based Ontario Reptile and Amphibian Atlas, a database administered by Ontario Nature.

That atlas relies on amateur enthusiasts, using a cell phone app, to upload snapshots along with time and place information of what the creatures they've found.

“By hundreds of people across the province sending these data points to ecologists, we begin to have a better understanding of these forests and how they are changing,” said Euler.

With this project, data collected locally can be used by government research groups and universities across Canada. 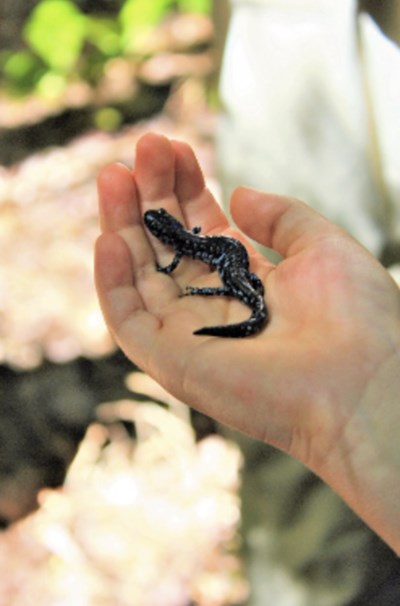