An application is before the federal government for a medicinal marijuana production facility on Second Line East, and its proponent says Shaun Rothberg is not part of it. 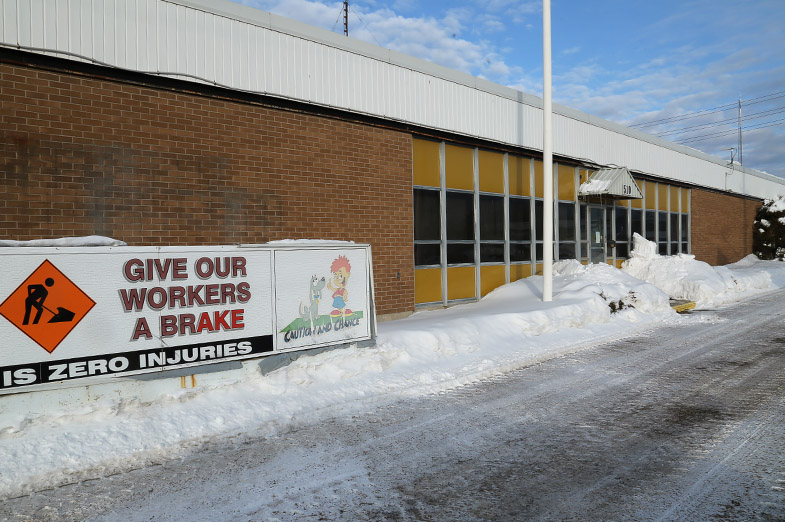 An application is before the federal government for a medicinal marijuana production facility on Second Line East, and its proponent says Shaun Rothberg is not part of it.

Joe Fratesi, the city’s chief administrative officer, sits on the board of directors of Algoma Medicinal Alliance as a representative from the city.

He said an application is before Health Canada to create a medicinal marijuana facility on a former PUC property on Second Line East.

“Hopefully the fact that the story is being released doesn’t hurt its chances because there are in fact as many as 100 very good jobs for our community and that’s the reason the city of Sault Ste. Marie is supportive of it,” said Fratesi.

Fratesi said the proponent of the facility is Amit Sofer, president of Toronto-based TVM Group, which is in the process of turning Sault Area Hospital’s former waterfront site into a condominium development.

Confirmation that a federally-approved grow op is in the works comes as APH officials are being asked to answer questions about former interim chief financial officer Shaun Rothberg, who officials at APH say has turned out to be Shaun Rootenberg, a man convicted in 2009 of multiple frauds totalling more than $2 million.

Sofer told SooToday this morning that Rootenberg/Rothberg is not part of Algoma Medicinal Alliance. He said Rothberg’s connection to the proposal is that it was Rothberg that brought Sofer together with city and APH officials.

Sofer said he also has a past connection to Rootenberg that goes back to elementary school in Toronto, though he said he did not realize this until after meeting Rothberg again in the Sault, and it was longer still before he realized Rothberg had had trouble with the law.

“We went to Grades 2, 3 and 4 together in Toronto and I hadn’t seen him since then and then we met again in the Sault after I bought the hospital,” said Sofer, whose company picked up the SAH waterfront site for $65,000 in May of 2013.

Sofer said Rothberg told him about his criminal history “within a month or two” of meeting him again.

“I don’t know whether he should have disclosed or not, but I know he’s been trying hard and I don’t believe he did anything wrong while at Algoma Public Health,” Sofer said.

“I have no reason to suspect that he did. I know that he’s done a lot for APH and I hope that KPMG shows that he hasn’t done anything wrong,” said Sofer.

APH hired KPMG last week to undertake an audit of the organizations finances and in a letter today, Health Minister Eric Hoskins informed the APH board that it would be the subject of an assessment and financial audit by the ministry.

Fratesi said to his knowledge Rothberg has not been involved in the project.

Fratesi said it was his understanding that APH would negotiate an agreement with the company to share in some of the profits, with money being directed to programs in need of funding.

Fratesi himself is not a shareholder and he said his appointment to Algoma Medical Alliance’s board of directors was based on his role with the city.

“I’m on the board for I guess as long as I’m associated with the city,” said Fratesi.

Sofer said the application appears to be stalled at the moment, with Health Canada recently not granting any new production licenses.

Sofer said Rothberg is not involved in the application, so he does not expect revelations about the former APH financial head to have an effect on his application.

He said that if the city and APH withdraw their support he would retract the application.

“The only reason I’m doing it is because of the support that I’ve had,” said Sofer.

Sault Ste. Marie PUC is waiting for the deal to close on the sale of its no longer used C.J. Murphy Service Centre on Second Line East.

"We have the offer we accepted some time ago and it still hasn't closed, because we're waiting for the prospective purchaser to get approval to use the building for what they want to do, and that hasn't come through yet," said Dominic Parrella, PUC president and CEO told SooToday earlier this month.

Parrella said the offer was made early in 2014.

"They need to get approvals to use the building for their intended use…there are various government entities involved. If they don't get approval then the deal doesn't close.”

The Murphy building has been up for sale since mid-2013, after the PUC moved into its new headquarters at 500 Second Line East in January 2013.

Fratesi said the C.J. Murphy site is zoned appropriately for the proposed cultivation facility, noting it is close to the Sault Ste. Marie Police Service building.

Meanwhile, Sofer said his Riverwalk Condominiums development is more than 85 percent sold and on track for delivery on time.

Demolition started last year and he said building permits are expected to be in place in March or April.

“I can assure you this will be one of the best projects the Sault has ever seen,” said Sofer.

- with files from Darren Taylor.

How on earth did this man end up overseeing Algoma Public Heath's cash?