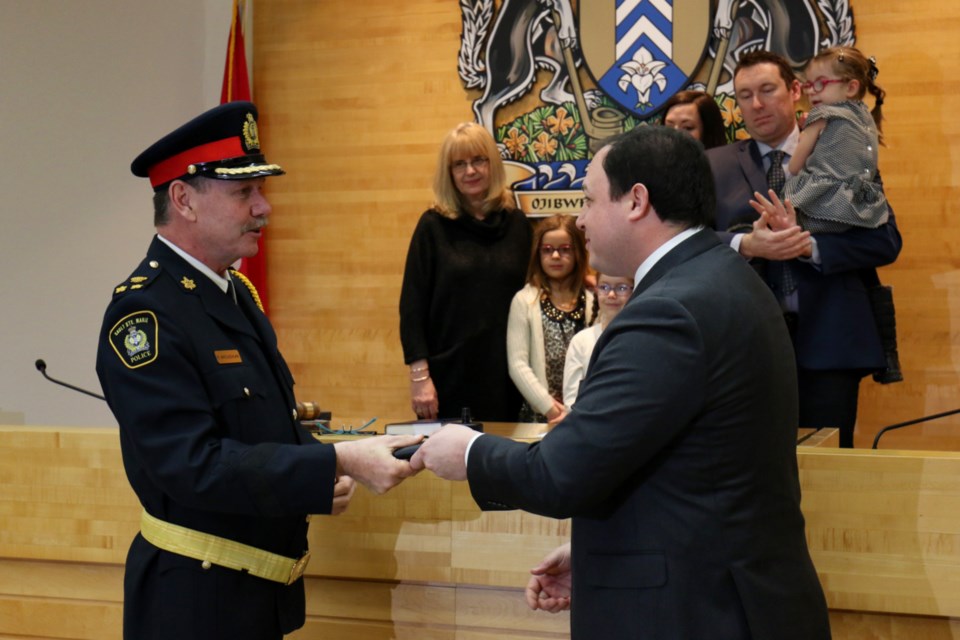 MacLachlan was surrounded by family as he received his badge from Mayor Christian Provenzano.

“I’m quite excited to work with the chief of police and continue to help him with making this city safer, and making our police service the most effective one that it can be,” MacLachlan said.

A policing veteran with more than 40 years experience, MacLachlan told reporters following the swearing-in ceremony that he felt as though he still has a lot to offer as a mentor.

“I felt that my experience with Peel Regional Police, combined with the experience that I had at CISO (Criminal Intelligence Service of Ontario), made me somebody who had a lot to offer, and frankly, the information and the experience that I have, it doesn’t do any good kicking around in my own head,” said MacLachlan. “I want to sort mentor the officers here and assist them with the job that they have to do, and I think I can do that.”