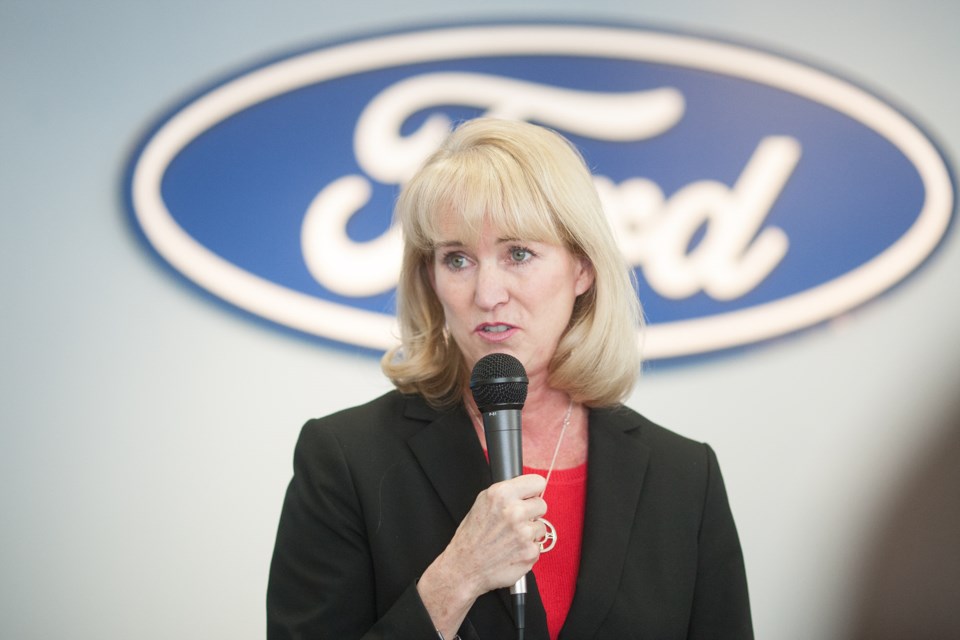 Restructuring is tough, says the president and CEO of Ford Canada, but companies need to make sure it is worth it in the end.

After years of restructuring pain, Dianne Craig, president and CEO of Ford Motor Company of Canada, said the company needed to get the business right.

“Today our company is very healthy, we just came off a record profit year last year. It wasn’t for naught. Industries as big as ours — like the steel industry — have 100-year-old legacies to deal with,” said Craig during an event today in Sault Ste. Marie.

Craig said the years between 2006 and 2008 were especially tough times for the automaker.

“There was 120,000 employees around the globe that lost their jobs when we went through our restructuring, 57,000 in North America. When you go through that kind of pain, cutting, terrible time you need to make sure it’s all worth while in the end,” said Craig.

A total of 28 assembly plants closed worldwide during Ford’s restructuring, two of which were in Canada.

The Essex plant has since reopened and Craig says Canada’s automotive industry is “really strong.”

She said the steel industry is an important partner for the automaker and the company uses a good deal of it in the process of manufacturing automobiles.

Craig said Ford has come out the other side of the automotive crisis through investment and modernization, like a recently expanded southern Ontario plant.

The Oakville plant now exports to Europe, which it did not do prior to restructuring.

Craig said that is why free trade agreements matter.

“It’s not just the paradigm there used to be between the U.S. and Canada — and in some cases Mexico — it’s building vehicles for around the world,” she said.

Craig has spoken out in opposition to the Trans-Pacific Partnership (TPP) agreement, which was signed in the dying days of Stephen Harper’s Conservative government.

She plans on discussing TPP in a meeting later this month with government officials — her position is TPP will not be favourable for Canadian manufacturing exports.

In particular, she is concerned about the five-year tariff phase out for Canadian vehicle exports, as opposed to a 30 year phase-out awarded to the U.S.

“Getting trade agreements right matters, because it attracts auto investments and ultimately to make sure we can export outside of Canada,” said Craig.