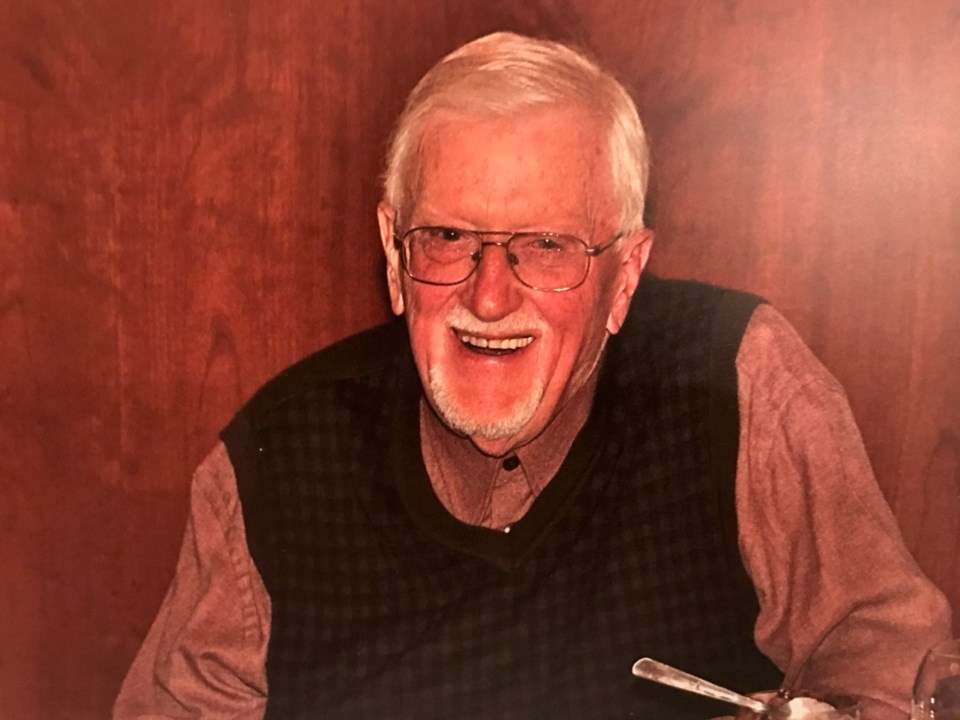 Sault Ste. Marie, and the city’s hockey community in particular, is mourning the death of James R. (Jim) McAuley, who died Saturday at Sault Area Hospital (SAH) at the age of 84.

McAuley was one of the figures who brought the Soo Greyhounds hockey team into the Ontario Hockey League (OHL) fold, acting for several years as the team’s president.

“If it wasn’t for Jim McAuley we would not have had major junior hockey. It was his major influence in acquiring the right to have a major junior hockey league team in Sault Ste. Marie. He orchestrated that by convincing Harold Ballard and others, who were the controlling interests at the time of the major junior league, that they could come this far north and it would be okay. Without Jim we would not have what we have today (in regard to hockey) in Sault Ste. Marie,” Mitchell stated.

“He always had the same seats in the arena. Centre ice, about four rows up. Always,” Mitchell recalled.

“He was a very outgoing and very industrious entrepreneur. He was very giving. He gave to the hospital, to Algoma University, to Sault College, a number of organizations. He was a very active member of the Kiwanis Club of Sault Ste. Marie. He was a man who constantly gave to the community, right up to the very last.”

McAuley helped run his family’s oil business, leading it to major growth, also involved in property development within the community and a partner in several Sault businesses.

“He was quite a developer, and on top of that, he helped a tremendous number of business people get into business and to survive if they got into trouble. He was a huge supporter of the business community, both in time and in money,” Mitchell said.

“He was the best man at my wedding. He was a very close friend,” Mitchell said in fond remembrance.

“It’s like losing a brother. Jim wasn’t just a friend. He was my brother...you make a lot of acquaintances in life but you make very few true friends, and Jim was one of those true friends.”

McAuley was a widowed father of three children and grandfather of five.

McAuley was presented, in 2002, with the Queen's Golden Jubilee Medal for his commitment to Sault Ste. Marie through his entrepreneurial endeavours and community involvement in several local initiatives, particularly with the Sault Ste. Marie Greyhounds and Major Junior A hockey.

He also received the Sault Ste. Marie Chamber of Commerce President's Award in 2007.