Staff is recommending the south side of Bay and East intersection, near James L. McIntyre Centennial Library
Jul 13, 2020 11:00 AM By: David Helwig 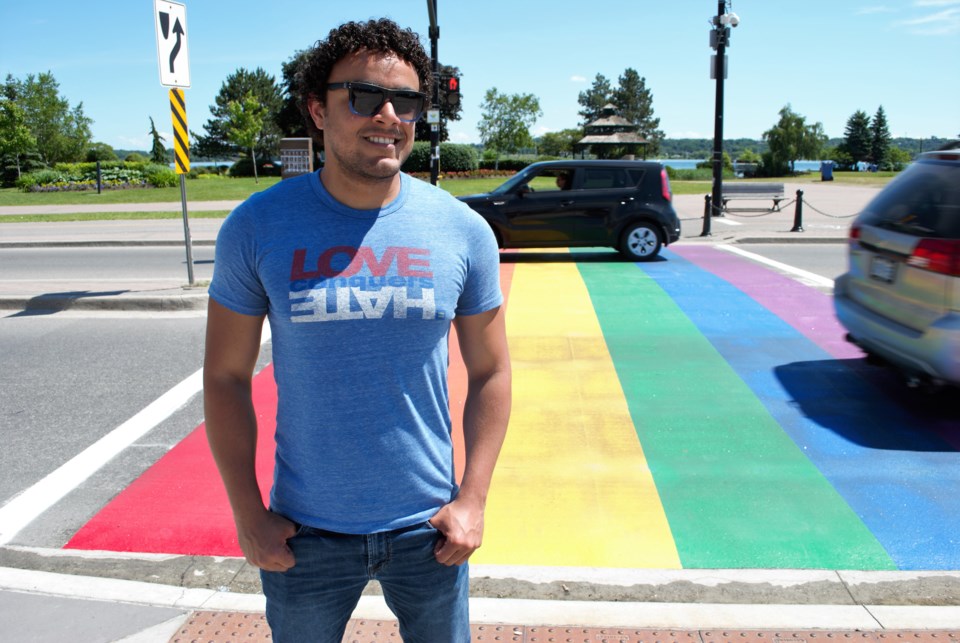 "The goal was to find a location that was downtown and in a highly visible location," Vair says in a report to Mayor Provenzano and ward councillors.

"The location that staff is recommending is the southern portion of the intersection of Bay Street and East Street. This would represent a highly visible location given the number of visitors to the James L. McIntyre Centennial Library, Art Gallery of Algoma and Clergue Park."

The project is being recommended as part of the FutureSSM initiative, which states: “Sault Ste. Marie will be a welcoming and inclusive community where everyone is valued and respected, has access to an acceptable standard of living, can fully engage and participate in all aspects of community life, and is able to realize their full potential.”

"There have been a number of suggestions received from citizens and numerous examples of communities across Canada (and around the world) that have established rainbow crosswalks as a sign of support for their LGBTQ2S+ (lesbian, gay, bisexual, transgender, queer, two-spirit) communities," Vair says.

"In addition, given the COVID-19 pandemic being experienced this year, a number of events have been cancelled and establishing a rainbow crosswalk in 2020 is another way to celebrate diversity in our community."

Tonight's City Council meeting will be held by teleconference because of COVID-19 restrictions.

It will be livestreamed on SooToday starting at 4:30 p.m.