Harry Stewart and Chris Southin recognized for work with LGBTQ youth
Mar 2, 2021 9:00 AM By: James Hopkin 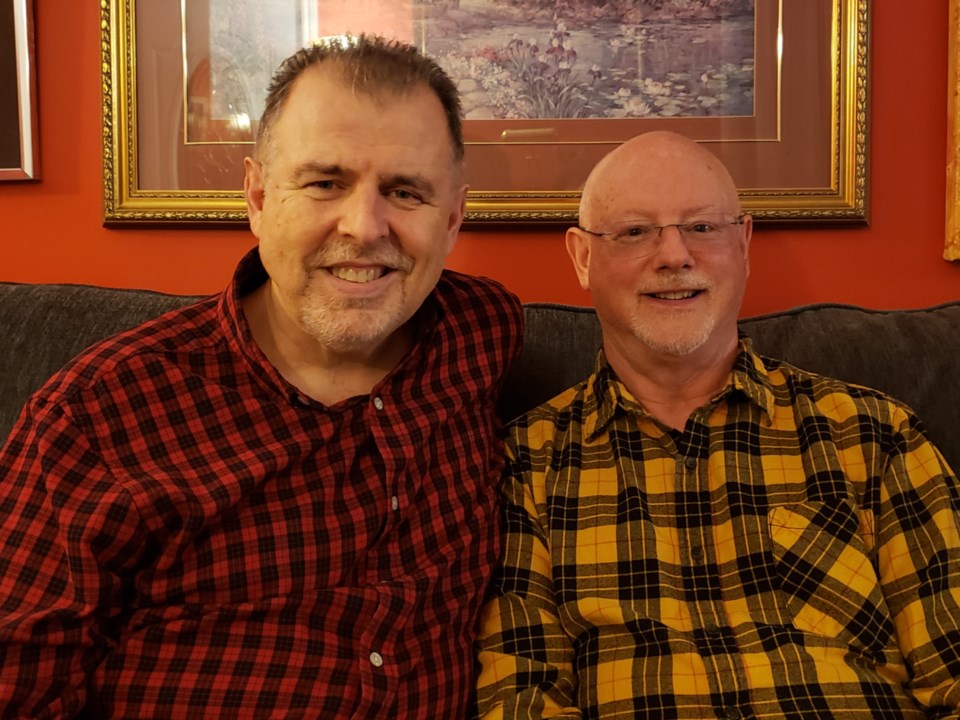 Rainbow Camp founders Chris Southin, left, and Harry Stewart have been recognized by the Governor General's office with Meritorious Service Decorations for their work with the camp for LGBTQ youth. Photo supplied

The co-founders of Rainbow Camp in Thessalon are being recognized by the Governor General’s office for founding a safe place for LGBTQ youth.

Both Harry Stewart and Chris Southin say they were in utter disbelief when the pair received a phone call out of the blue from Rideau Hall just before Christmas, informing them that they had been selected as recipients of this year’s Meritorious Service Decorations.

“It was shock, it was disbelief. It’s quite an honour to have your work recognized,” Southin told SooToday Monday. “It was such a horrible year for everybody, and for us, that was the best part of the year.”

Rainbow Camp began as a one-week camp in 2012 with 14 youth. Before the COVID-19 pandemic took hold, the camp - which serves LGBTQ youth between the ages of 12 and 17 - had grown to accommodate up to 50 youth per week over a four-week period.

“It allows them a safe space, a place to be themselves,” said Stewart. “I think that’s a major benefit, because for most of these kids, 51 weeks of the year they have to conform to where they’re living, and they may not be ‘out’ to their families, their friends, and when they come to camp they can express how they want to present gender-wise.”

“It’s not real in some respects, because it’s only for five days, but what we see happening is that it gives them the courage - and the knowledge that there are other people out there like them.”

The COVID-19 pandemic led Southin and Stewart to host a virtual camp for four weeks in 2020. But this year, the virtual camp, known as Rainbow Online Connection, aims to provide youth between the ages of 12 and 18 with the opportunity to connect virtually through at-home activities and staff-led interactive programming over an eight-week period.

“The sessions aren’t streamed, they’re actually live on Zoom, so the kids get to see each other, participate and talk to each other, and share with each other,” said Southin. “They’re still getting the sense of community. It’s not the same as camp - we’re not trying to sell it as camp - but it’s the next best thing.”

The founders of Rainbow Camp are noticing that people registering for this year’s virtual programming have never attended Rainbow Camp before.

“We’re getting kids that have never been to camp, and are really looking at this platform as a way to reach out,” said Stewart.

Information on how to donate to Rainbow Online Connection and Rainbow Camp programming can be found at helprainbowcamp.ca.