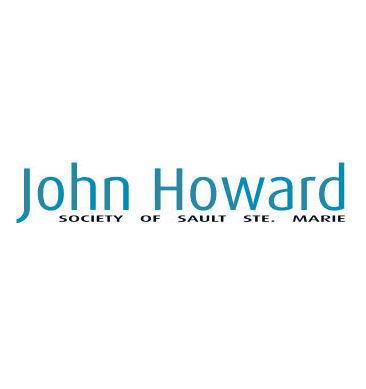 The report, entitled, Unlocking Change: Decriminalizing Mental Health Issues in Ontario, asserts that the province must stop relying on the justice system as a key responder to individuals who have mental health issues, and provides recommendations aimed at shifting Ontario toward prevention.

In recent decades, the criminal justice system has become a warehouse for people whose mental health issues have gone untreated or undetected in the community.

The absence of meaningful prevention and community-based mental health services has resulted in a large and growing proportion of people falling through the cracks, only to get caught the widening net of the justice system.

In short, when the healthcare system fails to treat mental illness, the criminal justice system punishes the symptoms.

JHSO is a leading criminal justice organization advancing the mandate, “effective, just and humane responses to crime and its causes.”

There are 19 local John Howard Society offices that deliver services to those in conflict with the law and at-risk, both adult and youth, in communities across the province.

John Howard Society of Sault Ste. Marie is often a first point of contact for programs and services for people with mental health issues who are justice-involved in our community.

Unlocking Change chronicles some of the main challenges facing people with mental health issues who become justice-involved, including court-ordered bail conditions banning drug or alcohol use, difficulties accessing medication and psychiatric care while incarcerated, homelessness, shortages of clinical care and residential treatment options, among others.

“We have seen an ongoing increase in the number of people who spend months either in custody or in our community without access to needed services/treatment to deal with mental health and addictions issues” states Suzanne Lajambe, Executive Director of the John Howard Society of Sault Ste. Marie.

“Our working relationship with Mental Health and Addictions organizations in our community is excellent however since the closure of institutions serving individuals with mental illness and development disabilities, we have difficulty accessing mental health and addiction treatment, there’s a shortage of supportive housing units and inadequate resourcing of community-based services. These are the risk factors that often result in criminal behaviour and justice involvement. Monday’s news report of the inquest into 30 year old, Sault native, Adam Reed’s death in the North Bay jail, is an example of a system gone wrong. His death was as a result of him being incarcerated instead of being in needed treatment for mental illness and addictions.”

The prevalence of mental illness among correctional populations is two to three times higher than in the community.

Inside jails, people with mental health issues are often vulnerable in the general prisoner population.

Prisoners who are presenting with the most severe symptoms of mental illness are frequently isolated in segregation, which worsens mental health issues.

The Report further highlights, that once people with mental health issues acquire a police record, they are often doubled stigmatized.

They face compounded barriers to successful reintegration and recovery.

Social services, housing and supports in the community are often denied to those with past justice involvement.

These barriers translate into a vicious cycle of re-involvement with the justice system.

Unlocking Change articulates a pressing need for a paradigm shift in Ontario toward - and investment in - proactive, preventative and inclusive approaches to mental health.

A prevention-based approach would aim to help Ontarians with mental health issues before they become at risk – of homelessness, crisis, unemployment or conflict with the law.

The justice system should not be seen as a viable access point for treatment.

Recommendations emphasize prevention and early intervention through the provision of meaningful mental health care and social services, call for changes to current police, court and correctional practices, and underline the importance of de-stigmatization and public education.