Executive Director of the environmental advocacy group Environmental Defense says it is a "band-aid on a hemorrhage"
Feb 5, 2021 8:00 AM By: Leah Gerber 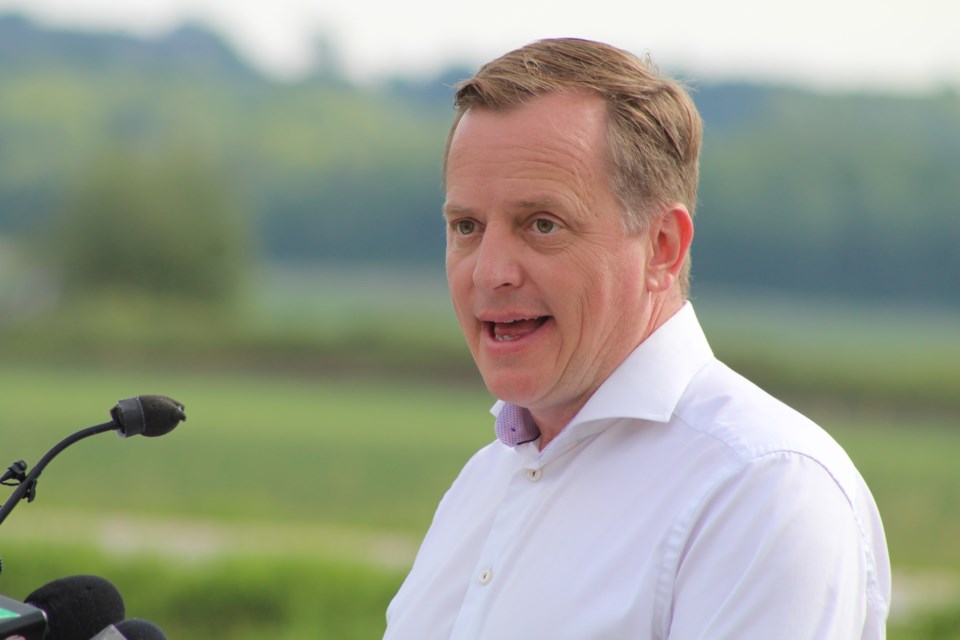 In January, the province announced continued funding for projects through the Species at Risk Stewardship Program, a $4.5-million fund open to non-profit organizations, Indigenous communities and other groups for projects that help protect endangered plants, animals, fish and insects and their habitats.

“This on-the-ground work is extremely important to preserving the biodiversity of our province for future generations, and I am proud to continue this program for another year,” said Ministry of Environment, Conservation and Parks minister Jeff Yurek in a statement.

The purpose of the fund is a good thing, says Tim Gray, Executive Director of the environmental advocacy group Environmental Defence.

“However, it is a band-aid on a hemorrhage, given the Ontario government’s gutting of the protections of existing habitats for species.”

The announcement comes after significant changes to protections for species at risk were included in the province’s 2020 omnibus COVID recovery bill, and the More Homes, More Choice Act in 2019 — changes that have been criticized by environmental groups and the Office of the Auditor General of Ontario.

Changes to the Endangered Species Act introduced in the More Homes More Choice Act, include:

More ways for endangered species protections to be delayed.

A species’ entire range — not just its status within Ontario — must be considered to determine its conservation  status.

The establishment of a fund that can be paid into, in exchange for the permission to conduct usually prohibited work that would destroy or damage endangered species or their habitats

Under these changes, those developing or working in a species-at-risk habitat will still be required to take action to avoid and minimize impacts on species at risk, says Gary Wheeler, a spokesperson for the Ministry of Environment, Conservation and Parks.

Additionally, Bill 229: the Protect, Support and Recover from COVID-19 Act, exempted the forestry industry from regulations protecting endangered species and their habitat from destruction, with the reasoning that the Crown Forest Sustainability Act provides enough protection for endangered species.

Under Bill 229 the Minister of Environment, Conservation and Parks no longer has the authority to order the forestry industry to stop or change activity to  preserve an endangered species or its habitat.

This trust will oversee larger-scale co-ordinated efforts to conserve a select number of species at risk, rather than ad hoc work by individual  organizations who might not have the expertise or needed resources to do conservation work.

“Establishing this new agency would benefit select species at risk by pooling resources and making sure that they are invested in strategic, large-scale, and  co-ordinated actions that support more positive outcomes,” says Wheeler.

In November, the Office of the Auditor General of Ontario reported that changes to species at risk policy introduced in 2019 reduced legal protection  for these species and did not provide Ontarians with enough time or information to participate in the decision-making process.

“When it comes to the environment, most Ontarians would expect the Environment Ministry to lead by example in its compliance with the Environmental  Bill of Rights Act. However, we found that this was not the case,” reads the  irst chapter of the office’s Report on the Operation of the Environmental Bill  of Rights.

A report specifically evaluating Ontario’s policy protecting endangered species is due to be released in the fall of this year, says Christine Pedias, a communications director with the Office of the Auditor General of Ontario.

About the Author: Leah Gerber

Leah Gerber is a Local Journalism Initiative reporter based out of Waterloo Region Record. The LJI is funded by the government of Canada
Read more