$3 million from province for virtual campus will enable more people to learn from home
Nov 27, 2020 4:30 PM By: Darren Taylor 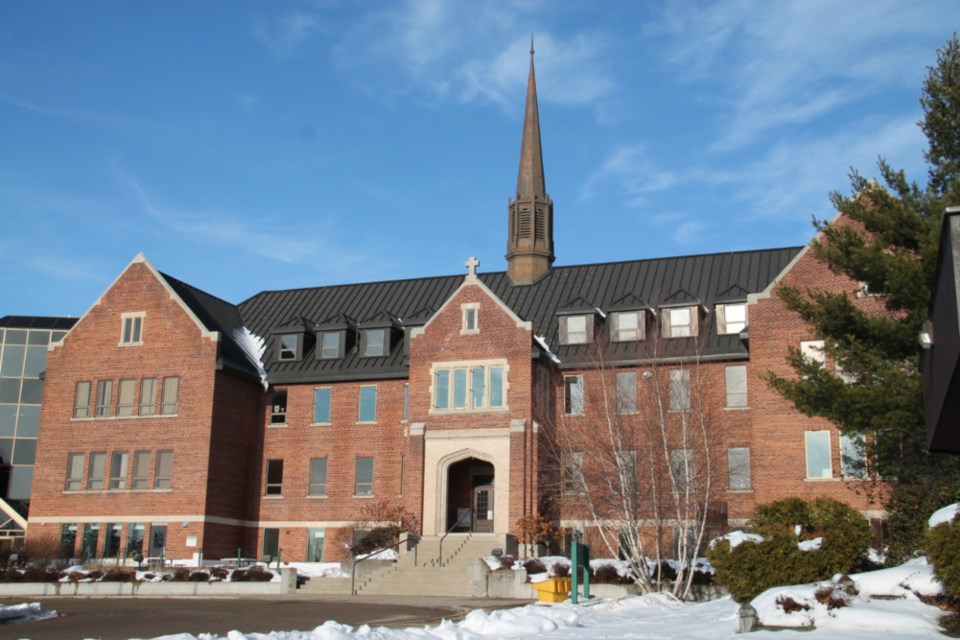 Sault MPP Ross Romano, in his role as Minister of Colleges and Universities, announced Friday that the provincial government, with $3 million from the Northern Ontario Heritage Fund Corporation (NOHFC), will be establishing what is being billed as a ‘state of the art’ virtual campus for Algoma University, creating 71 new full and part-time faculty jobs over the next five years.

“This will allow Algoma University to now be the only institution in all of northern Ontario that will be able to offer full degrees online,” Romano said, speaking from Algoma’s Arthur A. Wishart Library.

“The announcement of three million dollars we just heard will help ensure others in our region as well as my own community to be able to achieve their dreams without the barriers of distance that many have faced in the past,” said Angela Day, an Algoma University third year political science student, Shingwauk Anishinaabe Students Association (SASA) past president and current SASA secretary.

Like so many others, Day’s education in a traditional learning environment was abruptly shifted from the classroom to remote learning when the COVID-19 pandemic hit in March.

Day was speaking from her home community of Serpent River First Nation during the Romano announcement via Zoom Friday, stating online programming has enabled her to balance her studies with family commitments.

“The virtual campus will lead the province in digital transformation, increasing access to university for students across northern Ontario, supporting the needs of Indigenous, rural and remote communities...breaking down barriers to higher education and university program access,” said Asima Vezina, Algoma University president and vice-chancellor.

“The percentage of the population with university training in the northern communities we serve is well below that of Canada and well below Ontario’s provincial average...in a pandemic and post-pandemic recovery, this virtual campus will be a lifeline to many communities across the north as people look to reskill, upscale or move into second careers,” Vezina said.

“Algoma University’s virtual campus will bring over 700 new students by the fourth year of this initiative,” Vezina stated.

Over 60 courses have already been developed.

The first fully online degree programs, beginning with Computer Science, will be offered in the fall of 2021.

Full and part-time faculty members hired for Algoma University’s new virtual campus will be, due to the nature of online learning, based in any community, but Vezina, speaking to SooToday, said “I can see a lot of the faculty coming from the Sault Ste. Marie area.”