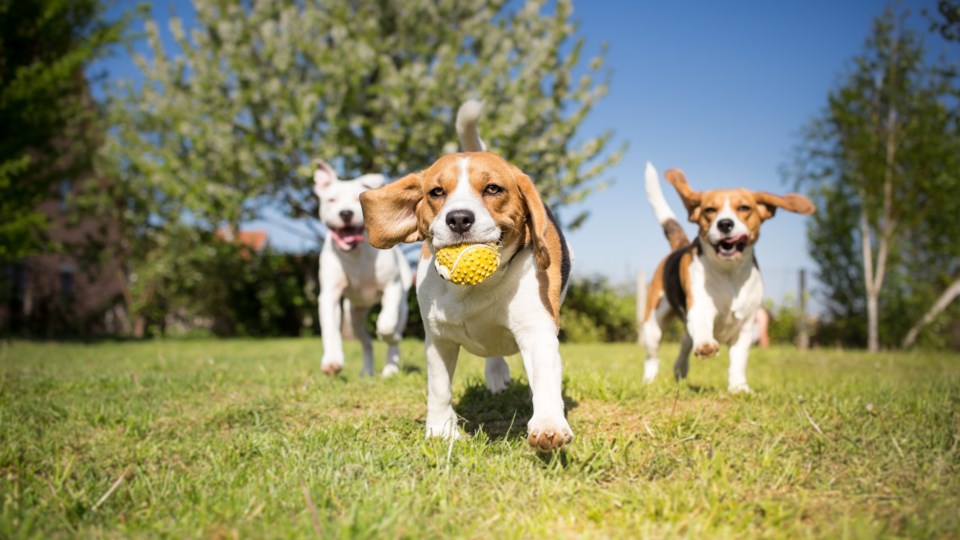 Also under consideration for seasonal off-leash use are the Anna McCrea and William Merrifield boarded rink areas, from May to October.

City Council asked staff last year to look into two new dog parks locations, one in the East End (preferably in Bellevue Park) and another in the West End.

The Sault's sole existing off-leash dog facility – Strathclair Dog Park at 962 Second Line East – opened in 2015 after nine years of delays that ended only when the LOL Dog Association got involved.

"The LOL Dog Association has recently dissolved and therefore, Sault Ste. Marie does not have an off-leash dog association or active volunteers," says Virginia McLeod, the city's manager of recreation and culture.

Topsail Island in Bellevue Park is often cited as a possible dog-park location but the city's parks and recreation advisory committee rejected that idea in 2008.

Councillors will be asked tonight to approve a two-phase public consultation process:

Tonight's City Council meeting will be teleconferenced because of COVID-19 pandemic restrictions.

The gathering will be livestreamed on SooToday starting at 4:30 p.m.